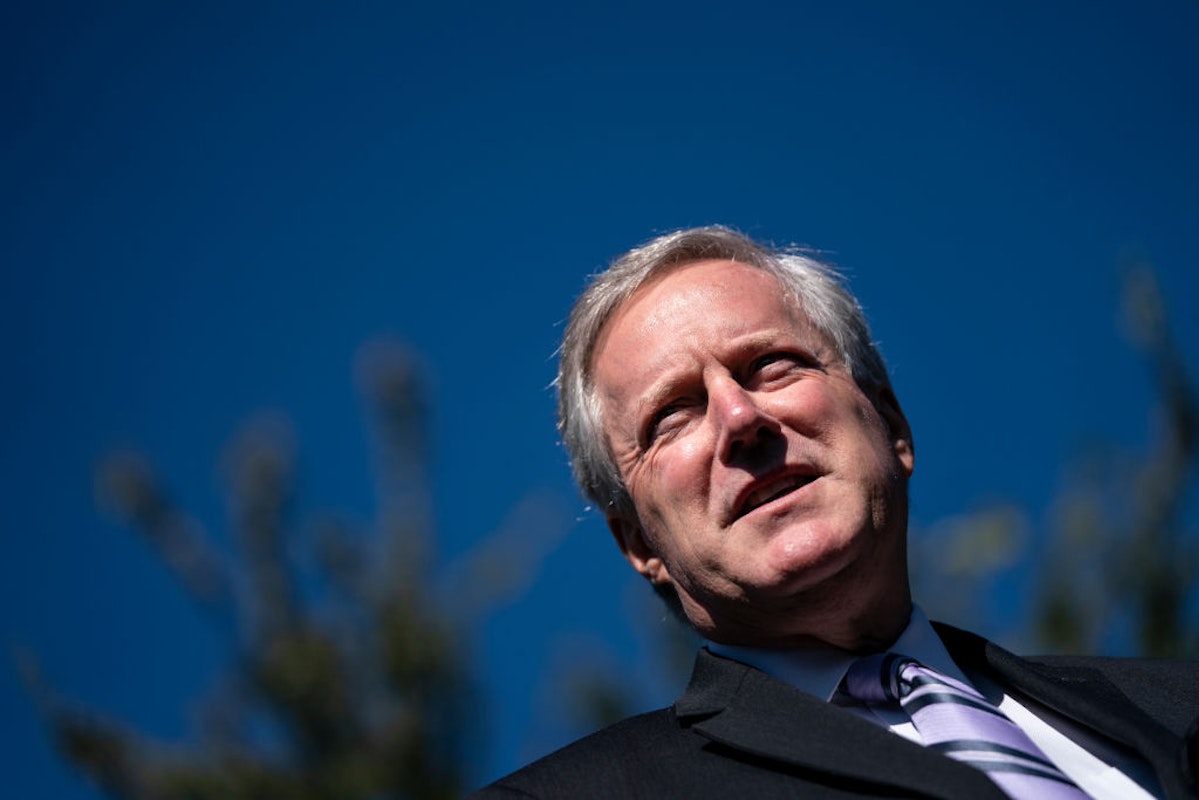 White House Chief of Staff Mark Meadows confirmed to Fox News on Saturday night what had been rumored much of the day Saturday: that President Donald Trump’s bout with coronavirus was more “concerning” to White House staff than they originally let on.

The president’s condition, however, is “improving” according to his top staffer.

Meadows told Fox News host Jeanine Pirro that White House staff were “real concerned” Friday night as the president’s condition appeared to deteriorate rapidly as he struggled with the onset of coronavirus symptoms.

“Yesterday, we were real concerned,” Meadows said. “He had a fever, and his blood oxygen level dropped rapidly.”

“Meadows said Trump has made ‘unbelievable improvement’ since then,” according to Fox News. “The president no longer had a fever and his oxygen saturation levels were better,” Meadows told the network.

White House officials also noted that, ahead of traveling to Walter Reed hospital on Friday night, that the president received supplemental oxygen. Doctor’s familiar with the president’s treatment regimen noted to media that he is receiving a strong cocktail of antibiotics as well as Remdesivir, an “investigational nucleotide analog with broad-spectrum antiviral activity,” according to its manufacturer, Gilead, currently under an FDA emergency use authorization for the treatment of COVID-19.

Meadows did tell Fox News, though that the next 48 hours will be crucial to the president’s chances at a full recovery.

“I’m very, very optimistic based on the current results,” he told the network, “He’s not out of the woods for the next 48 hours or so.”

“In typical style, this president was up and walking around,” Meadows added, referring to a number of photos released Saturday night showing the president at work in offices at Walter Reed. “He’s been an outstanding patient with one exception — he continues to work and continues to believe that he’s got to get a number of things done for the American people.”

Although a number of media outlets have reported a more dire situation, Meadows said things are largely under control and that there has been no talk of transitioning power to Vice President Mike Pence — even temporarily — as the president recovers.

“I have seen some of the reports and all of the pictures about the transition of power and who’s going to replace this person or that person and while that may make for good clicks on the internet and make for great hyperbole on TV, there was never a consideration and never even a risk for a transition of power,” Meadows said.

Trump campaign manager Steve Cortes echoed Meadows’ optimism in his own interview with Fox News Sunday morning, telling anchor Chris Wallace that “[The president is] doing well. We spoke to the president yesterday, we meaning senior campaign staff. He was as upbeat and assertive as he’s ever been.”

“This president is going to recover, we are highly confident of that,” Cortes added.