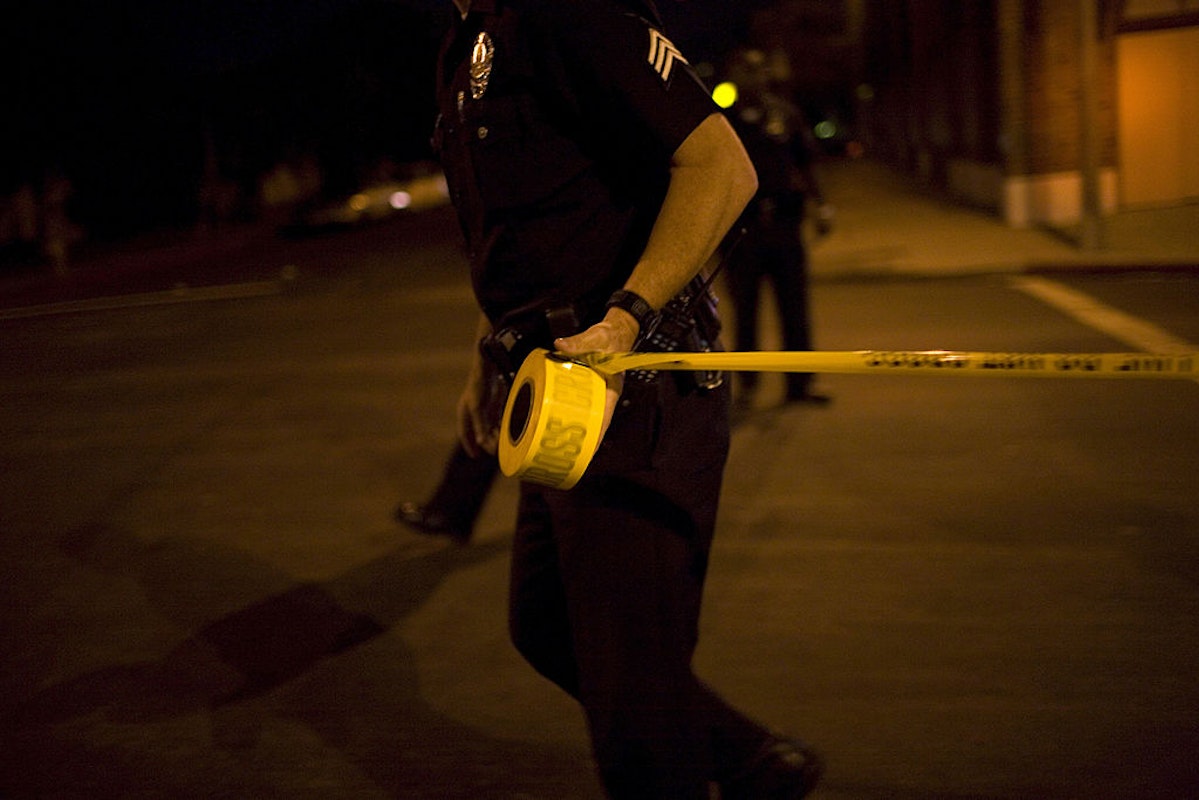 Several dozen protesters gathered in downtown Los Angeles, California, Monday night, causing a disturbance near Los Angeles Police Department headquarters, but authorities are mystified as to who called the protest and what demonstrators were there to protest against.

LA’s CBS affiliate speculated that the protest was in response to a police-involved shooting in Texas from over the weekend that left a 31-year-old unarmed black man dead, but demonstrators did not identify that man, Jonathan Price, by name. Instead, protesters gathered in front of LAPD headquarters and then quickly spread out across the neighborhood, breaking store windows and causing damage.

Other reports suggested that the group targeting the police headquarters broke off from a different, unrelated protest concerning the ongoing armed conflict between Armenia and Azerbaijan.

At least one protester was arrested, according to Fox News, and it was clear that protesters were ready to deploy “Antifa”-type tactics.

“The group was gathered in front of LAPD headquarters near Main and First streets around 9:40 p.m.,” Fox News reported. “Officers stood on guard as demonstrators, some carrying umbrellas, tore down barriers outside the building.”

“Videos on social media showed a few of the protesters breaking windows at a building near where the group was situated. A type of smoke bomb or device was apparently also set off during the protest,” the outlet continued citing local media network KCBS.

A number of guerilla journalists captured the unrest on social media.

If the protests indeed broke off of demonstrations drawing attention to the conflict between Armenia and Azerbaijan, it could be the first instance of “Antifa-type” violence associated with those peaceful protests. Violent and destructive elements frequently used the anti-racism and anti-police brutality protests that erupted in the wake of George Floyd’s death while in the custody of Minneapolice police, as cover for more sinister activities.

Los Angeles has been the epicenter of protests supporting Armenia, CBS LA reports, with demonstrators blocking freeways and major intersections to draw attention to human rights issues at the center of the conflict.

“Longstanding tensions between Armenia and Azerbaijan flared up again on Sept. 27 in the contested Nagorno-Karabakh region,” the outlet explained. “Both sides have accused the other of attacking civilians during the clash, which is possibly the most violent since Armenia and Azerbaijan’s 1994 ceasefire. The Los Angeles metropolitan area has the largest population of Armenians in the world outside of Armenia.”

Over the summer, Los Angeles played host to massive anti-racism protests that turned violent. On at least one occasion, officers were forced to contend with “items such as rocks, mortars and bottles began to be thrown.” Just a few weeks ago, two Los Angeles Sheriff’s Deputies were shot in an ambush attack that left both with serious injuries. Last week, authorities announced that they’d made an arrest in the matter.