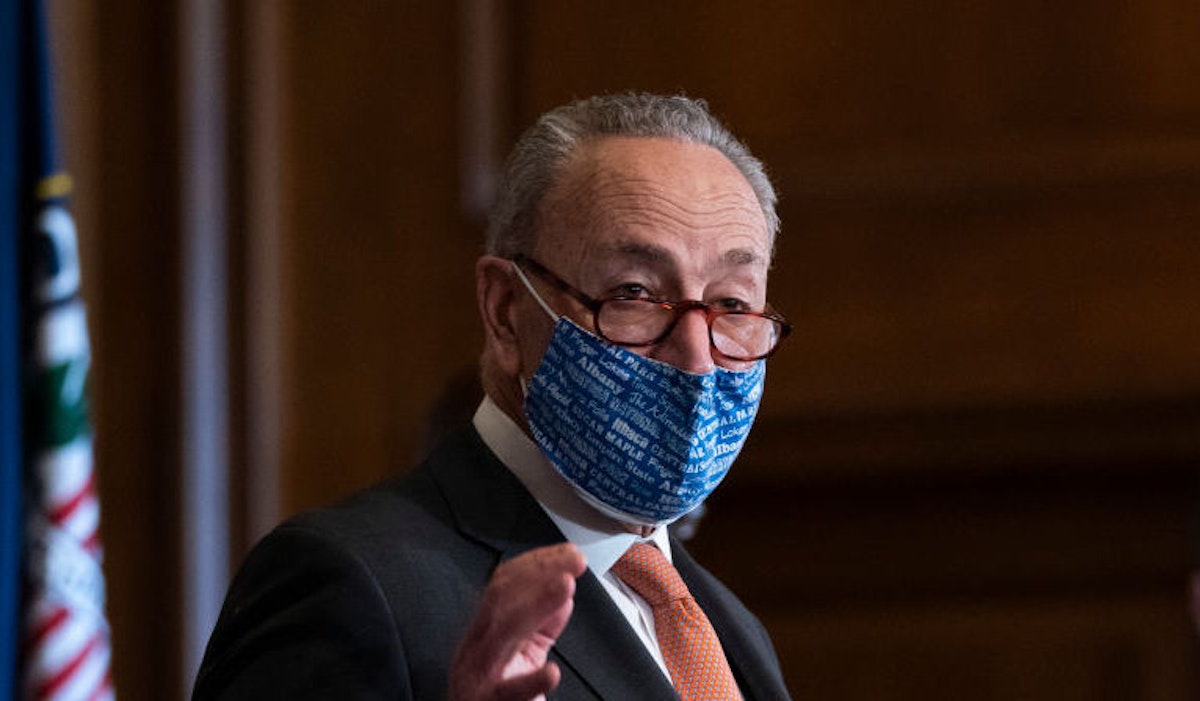 Schumer made the decision following a request from Senate Minority Leader Mitch McConnell (R-KY) to delay the start of the trial until mid-February. McConnell previously said: “Given the unprecedented speed of the House’s process, our proposed timeline for the initial phases includes a modest and reasonable amount of additional time for both sides to assemble their arguments before the Senate would begin to hear them.”

Under Schumer’s newly announced timeline, the House impeachment managers will read the Article of Impeachment at 7pm on Monday, January 25, and members of the Senate will be sworn in to act as jurors on January 26. Trump’s legal defense will then have to respond by February 2, the same day the House will be required to officially submit a pre-trial brief.

In the meantime, said the Democratic majority leader, the Senate will have the opportunity to conduct other business, such as acting on cabinet nominations and COVID-19 relief.

Doug Andres, a spokesperson for McConnell, said the Republican Senste leader was “glad” Schumer agreed to provide more time in the pre-trial phase of the proceedings.

“Especially given the fast and minimal process in the House, Republicans set out to ensure the Senate’s next steps will respect former President Trump’s rights and due process, the institution of the Senate, and the office of the presidency,” said the spokesperson. “That goal has been achieved. This is a win for due process and fairness.”

In a speech on the Senate floor, Schumer said: “We all want to put this awful chapter in our nation’s history behind us. But healing and unity will only come if there is truth and accountability. And that is what this trial will provide.”

According to The Washington Post, 42 senators have said they plan to vote to convict Trump and 28 senators have ruled out convicting Trump. On the other hand, nineteen senators, including 14 Republicans, have said they are open to convicting Trump or have not expressly ruled it out as an option. An additional 11 senators — eight Republicans and three Democrats — have either made ambiguous statements on conviction or no statement at all.