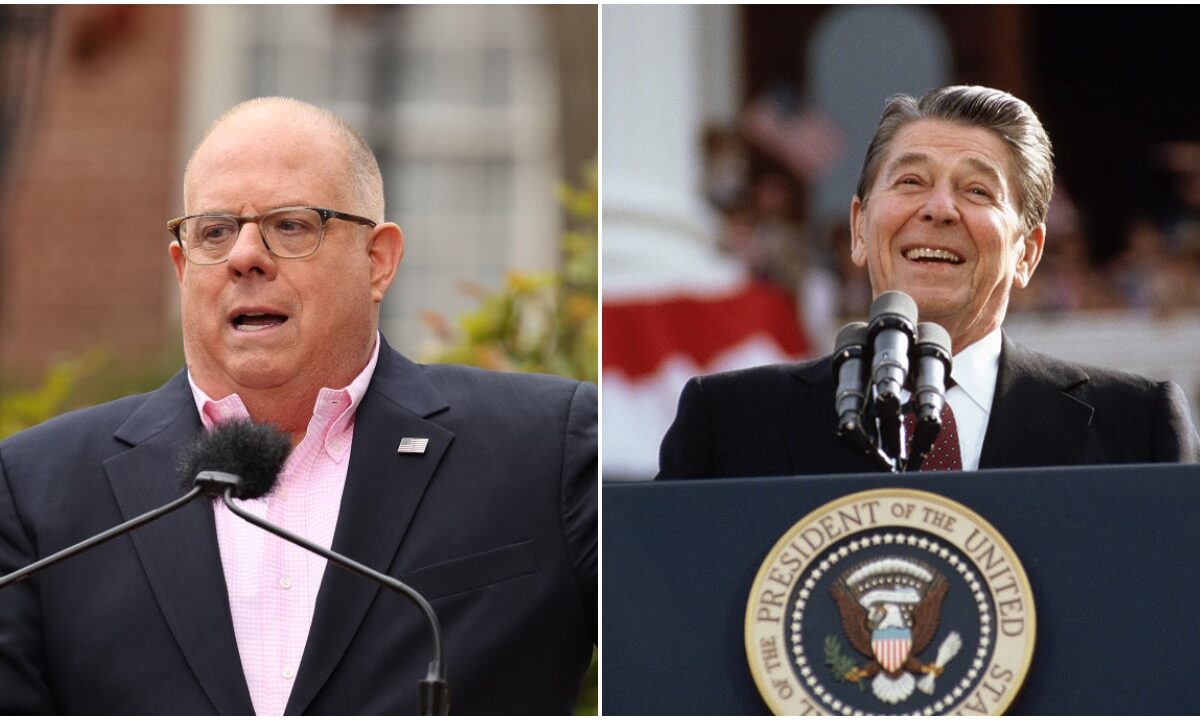 Republican Maryland Gov. Larry Hogan broadcast the fact that he wrote in former President Ronald Reagan on his mail-in ballot to protest both presidential candidates.

“I know it’s simply symbolic,” Hogan told The Washington Post in an interview published Friday. “It’s not going to change the outcome in my state. But I thought it was important to just cast a vote that showed the kind of person I’d like to see in office.”

A frequent Trump critic, Hogan wrote an op-ed for The Washington Post in July excoriating the president for his response to the coronavirus pandemic. “It was hopeless, waiting around for him,” he wrote. “Governors were being told that we were on our own. It was sink or swim. And if I didn’t do something dramatic, we simply would not come close to having enough tests in Maryland.”

Hogan, who has been floated as a potential 2024 candidate, told The Washington Post that he was “a lifelong conservative Republican” who supported Reagan in his youth, for which reason he chose him as his candidate, despite the fact that he has been dead for 16 years. “Reagan was the guy,” Hogan said. “I marched around as a college kid on the floor of the convention with a Reagan hat and a Reagan sign.”

“People really want someone who’s pragmatic, who’s not afraid to compromise,” Hogan continued, denouncing the “extremes” of both political parties.

In his memoir, Hogan claimed he was pressured from many sources to primary Trump. “On cable news. In private phone calls. In conversations with fellow Republicans, donors and members of the media. Even with a couple of Trump administration cabinet secretaries,” he wrote.

“The media, I understood. They were itching for a tussle in 2020,” Hogan said. “They were also enamored by the idea of a popular Republican governor, a real Republican, with a proven record of electoral success, going toe to toe with Donald Trump inside the GOP.”

“But cabinet secretaries? Encouraging me to consider running against their boss, the president? That one surprised me,” he added.

Hogan also seemingly hit at Trump during his second inaugural address when he said, “Let’s repudiate the debilitating politics practiced elsewhere—including just down the road in Washington—where insults substitute for debate, recriminations for negotiation, and gridlock for compromise; where the heat, finger-pointing and rancor suffocates the light, and the only result is divisiveness and dysfunction. Most of us are sick and tired of all that drama.”

Regarding the 2019 government shutdown, Hogan said, “It’s absurd and ridiculous, and every single person in Washington is to blame. It’s, like, it’s crazy. It’s ‘If I don’t get my wall, I’m going to shut down the government.’ And, ‘If you don’t open the government, you can’t speak in our chamber.’ It’s a bunch of 2-year-olds, you know?”

“My concern is that the president does a pretty good job of speaking to a portion of the base,” Hogan added. “He’s not doing a good job of reaching out to the voters we are going to need to win back elections in the future.”

Related: Maryland To Begin ‘Stage One’ Of State Reopening On Friday, Max 50% Capacity For Churches Encouraged