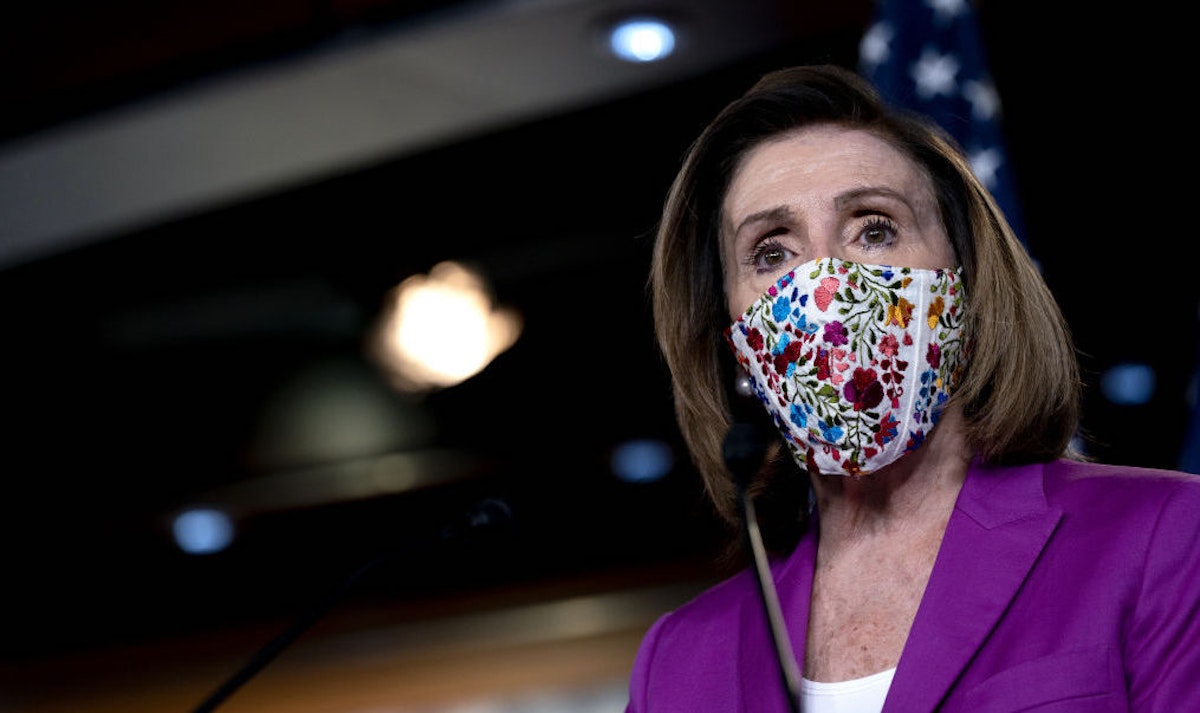 Congressional Democrats will seek one more option of removing President Donald Trump from office before resorting to impeachment, but plan to move forward on an Article of Impeachment quickly should that plan fail.

Democrats will seek to introduce a resolution via unanimous consent calling for Vice President Mike Pence and the president’s cabinet to invoke the 25th Amendment and strip Trump of power, said House Speaker Nancy Pelosi (D-CA) on Sunday evening. House Democrats would demand Pence respond to the resolution within 24 hours.

“Next, we will proceed with bringing impeachment legislation to the Floor,” said Pelosi.

“In protecting our Constitution and our Democracy, we will act with urgency, because this president represents an imminent threat to both,” Pelosi wrote to Democratic Colleagues. “As the days go by, the horror of the ongoing assault on our Democracy perpetrated by this president is intensified and so is the immediate need for action.”

The Article of Impeachment, drafted by several House Democrats, charges Trump with “willfully inciting violence against the government of the United States,” reports The New York Times. As of Sunday afternoon, 210 Democrats have agreed to co-sponsor the charge.

Congressman Ted Lieu (D-CA), a co-author of the impeachment charge, said the Democrats will introduce the Article of Impeachment against Trump on Monday, but only vote to impeach him should Pence and the president’s cabinet decline to invoke the 25th Amendment, which would make Pence the acting-president of the United States.

This sequencing by @SpeakerPelosi is correct. Impeachment is one of the gravest powers of Congress. It should always be our last option. If @POTUS doesn’t resign or if @VP doesn’t invoke the 25th Amendment, then we will Impeach.

Tomorrow we introduce the Article of Impeachment. https://t.co/gvI6lS8HMW

Congressional Democrats would be angling for a swift impeachment, but will reportedly want to delay any Senate trial until President-elect Joe Biden has completed his first 100 days in office as president, according to the Associated Press.

Senate Majority Leader Mitch McConnell (R-KY) has already told Senate Republicans in a memo obtained by The Washington Post that the Senate would have to receive Unanimous Consent — an extremely unlikely possibility — in order to take up an impeachment trial before January 20, 2021.

Democrats will also seek to introduce a resolution Monday calling for Vice President Mike Pence and the president’s cabinet to invoke the 25th Amendment, which would strip Trump of power and make Pence the acting-president of the United States.

Seven House Republicans, all of whom voted to certify the election for Biden, have called on the president-elect to intervene against impeachment by calling Pelosi directly.

“This impeachment would undermine your priority of unifying Americans, and would be a further distraction to our nation at a time when millions of our fellow citizens are hurting because of the pandemic and the economic fallout,” wrote Reps. Ken Buck, Tom McClintock, Thomas Massie, Chip Roy, Kelly Armstrong, Nancy Mace and Mike Gallagher.

“We respectfully urge you to encourage Speaker Pelosi to set aside this partisan effort immediately,” they added.