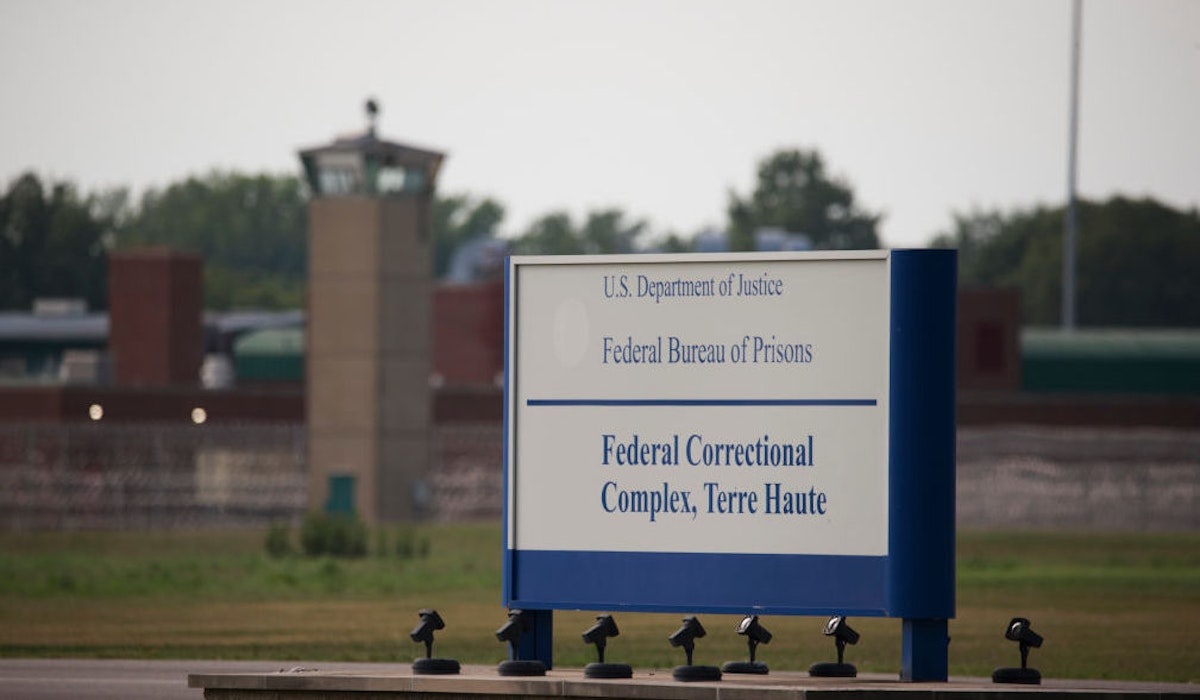 The Bureau of Prisons has scheduled execution dates for three more federal death row inmates who were convicted of “staggeringly brutal murders” that occurred between the early 1990s and early 2000s, officials said Friday evening.

The first execution date is for Alfred Bourgeois, 55, who “systematically abused and tortured” his 2-year-old daughter, JG, while on a 2002 trucking route after he was ordered to pay child support, according to officials. After JG stumbled over her training potty on the trip one day, Bourgeois killed her by repeatedly slamming her against the window and dashboard of his semi-truck.

Bourgeois has a December 11, 2020, execution date at Terre Haute prison in Indiana.

The next execution date is for Cory Johnson, 45, who murdered seven people in a 1992 drug trafficking-related killing spree. According to officials, he killed his victims — Peyton Johnson, Louis Johnson, Bobby Long, Dorothy Armstrong, Anthony Carter, Linwood Chiles, and Curtis Thorne — for “perceived slights or rivalry in the drug trade.”

Johnson has a January 14, 2021, execution date at Terre Haute prison in Indiana.

The third execution that was just scheduled is for Dustin John Higgs, 48, who was convicted of kidnapping three women — Tamika Black, Tanji Jackson, and Mishann Chinn — under the pretense of offering them a ride home from a gathering he had hosted earlier in the evening, according to officials.

Higgs, who was angry that Jackson turned down his advances, drove the women to a secluded area with a friend, and then gave the friend a gun and ordered him to kill them, said officials. Higgs was convicted and sentenced to death back in 2000.

He now has an execution set for January 15, 2021, also at Terre Haute prison. Like the other two inmates, Higgs’ execution will be performed via lethal injection.

The new set of execution dates were revealed the day after officials executed Orlando Cordia Hall, 49, for raping and murdering 16-year-old Lisa Rene, an honor student with dreams of medical school, back in 1994. Rene was doused in gasoline and buried alive.

“My family and I are very relieved that this is over. We have been dealing with this for 26 years and now we’re having to relive the tragic nightmare that our beloved Lisa went through,” Rene’s older sister, Pearl Rene, said in a statement. “Ending this painful process will be a major goal for our family. This is only the end of the legal aftermath. The execution of Orlando Hall will never stop the suffering we continue to endure.”

Aside from Hall, two other inmates recently received execution dates, including Lisa Montgomery, who was convicted of fatally strangling Bobbie Jo Stinnett, a 23-year-old pregnant woman, and mutilating her body so as to raise Stinnett’s unborn child as her own.

The only woman on federal death row, Montgomery recently had her December 8, 2020, execution date postponed until at least December 31, 2020, due to her lawyers reportedly contracting coronavirus severely enough that it impeded their clemency efforts.