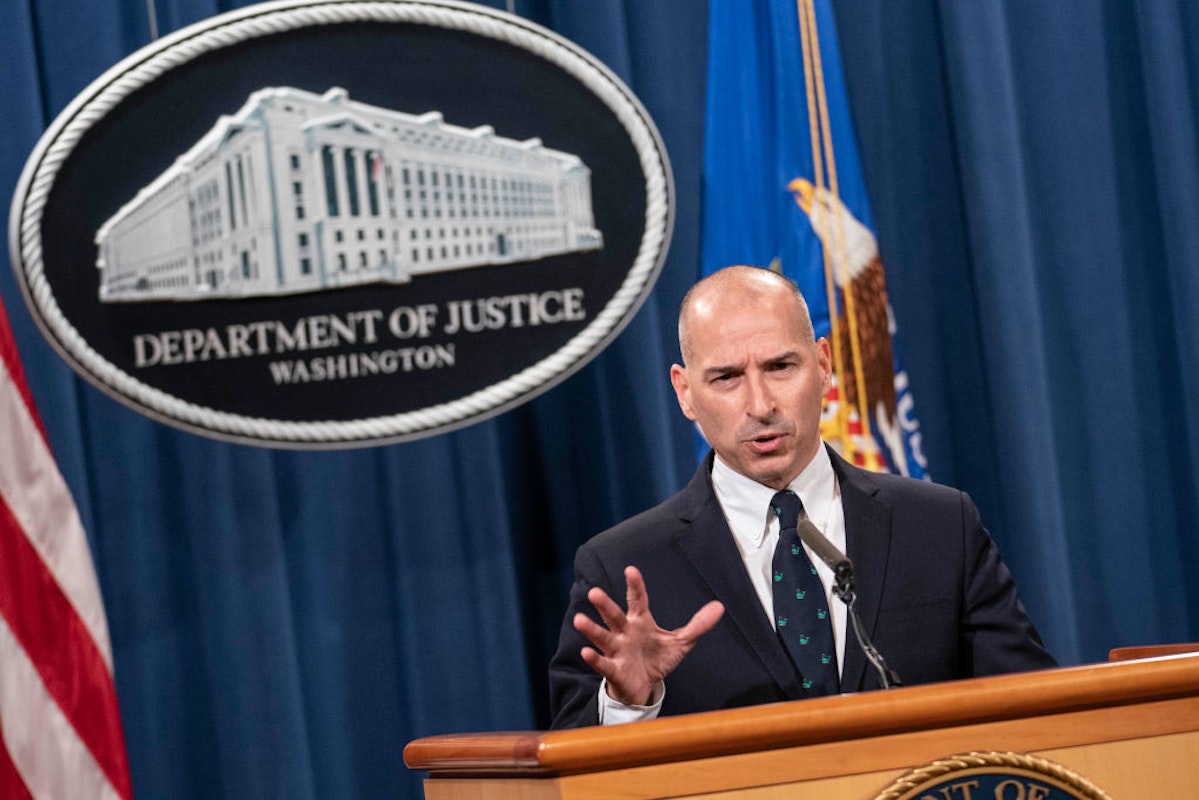 In a press conference Tuesday afternoon, the FBI announced that it expects “hundreds” of arrests relating to last week’s riot that turned into an attack on the United States Capitol and that more than 150 cases have already been filed.

Federal law enforcement officials also revealed that pipe bombs found on the U.S. Capitol grounds last Wednesday, were equipped with explosive igniters, they do not know why the bombs did not explode, and that finding the bomber, who appears in some surveillance footage taken outside the Capitol, is a top priority for the FBI.

Acting US Attorney for DC Michael Sherwin said Tuesday that the FBI has already opened 160 separate cases as a result of last week’s riot and assault and that the FBI expects “‘hundreds; of criminal cases to be filed against people who participated in the Capitol riot within the next several weeks,” according to Fox News.

The agency plans to make the probe a “long-term investigation,” and one FBI official, Washington Field Office ADIC Steven D’Antuono told reporters that he wanted “to stress that the FBI has a long memory and a broad reach.”

Sherwin added that his office is planning to be involved with the FBI “for the long haul.” “This is going to be a long-term investigation,” he said.

So far, Sherwin said, around 160 cases have been opened against individuals who were involved in Wednesday’s attacks. More charges are anticipated, including against individuals already arrested. Prosecutors, he noted, “started with simple charges because they were the quickest to file. He expects more serious charges, such as weapons violations and sedition, to follow as the investigation progresses,” per Fox News.

The first charges prosecutors issued were for crimes against Capitol Police officers and members of the media, but they’re looking for additional incidents, reviewing hundreds of hours of footage taken at the initial rally and the ensuing riot, including hours of footage posted to social media, in some cases by the alleged perpetrators.

“I think people are going to be shocked with some of the egregious conduct,” Sherwin said.

FBI agents seem primarily concerned with a pair of pipe bombs found at the Capitol and gave details on the two devices both to the Associated Press and at the press conference Tuesday.

“The two explosive devices were very similar, and both were about a foot long with end caps and wiring that appeared to be attached to a timer, according to two law enforcement officials familiar with the matter,” the AP reported early Tuesday. “Investigators are still examining the devices and their components to determine the specific compounds inside the pipe bombs, but they both appeared to contain an unknown powder and some metal, the officials said.”

At the press conference, officials revealed that the two bombs should have exploded but didn’t. The two devices had “explosive igniters, timers,” they said, with officials adding that, “we don’t know exactly why they did not go off.”

The FBI posted a photo of a person they believe is behind the bombs Tuesday morning. ABC News obtained a photo of the pipe bomb from outside the RNC. “The device in the photo appears to be wired with a timer and was found adjacent to the Republican National Committee headquarters on First Street, S.E.”