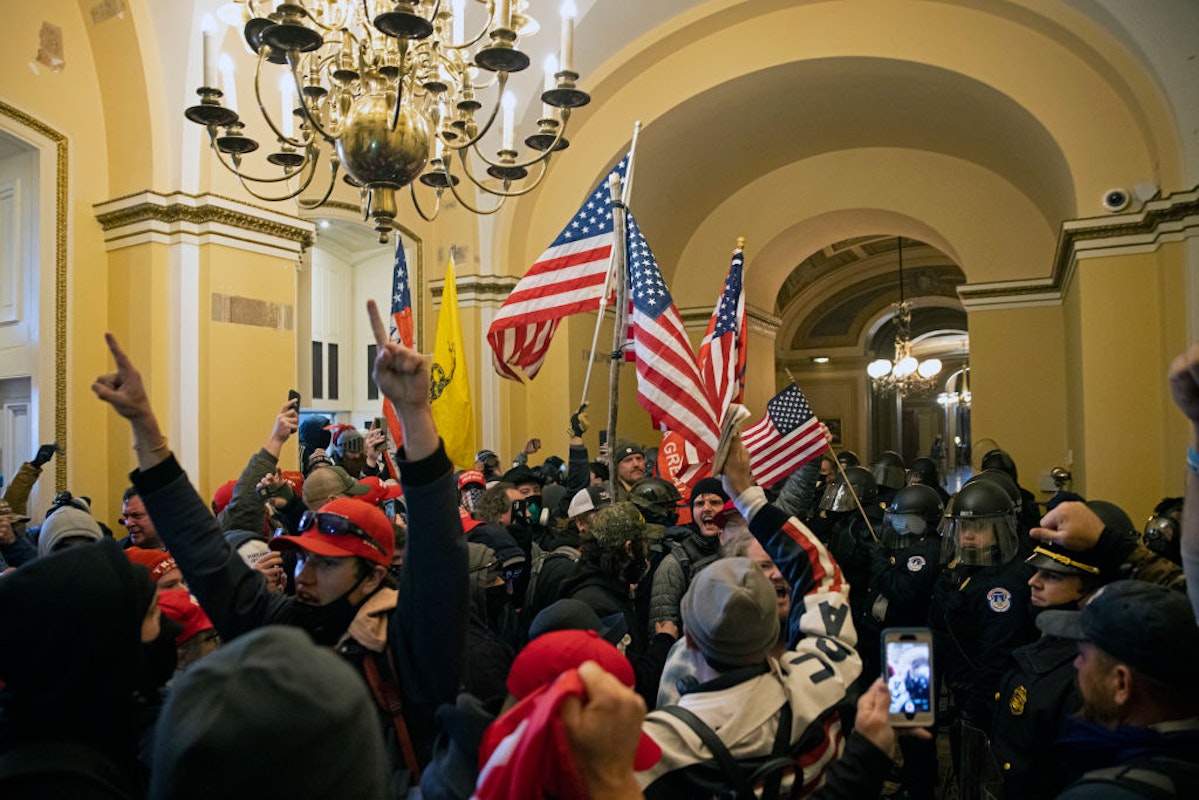 Justice Department officials are reportedly debating whether they should decline to pursue charges against some of the individuals who went inside the Capitol building during the January 6 riot, including those known to have only broken the law through entering, but didn’t commit other crimes.

The Washington Post, citing “multiple people familiar with the discussions,” reports that the internal debate sparked due to the variety among the people who stormed the Capitol that day. Should someone be taken to court solely for entering the Capitol building illegally, officials said, prosecutors could run into trouble getting a conviction.

But on the other side of the debate, some officials worry that not prosecuting every case — even for those only accused of entering the Capitol illegally — could send the message that there are only trivial consequences for engaging in such conduct, reports the Post.

Another consideration could be whether or not charging everyone involved could overwhelm the D.C. Court system, which recorded fewer than 300 cases in 2020. (However, many of those cases had multiple defendants in them). While The Washington Post explicitly mentions this as a possible consideration, there doesn’t appear to be any indication that officials have been factoring this into the ongoing internal debate.

Mari Raimondi, a spokesperson for the Department of Justice, told The Washington Post in a statement that officials were going to hold everyone who broke the law accountable for their actions.

“There is absolute resolve from the Department of Justice to hold all who intentionally engaged in criminal acts at the Capitol accountable,” said Raimondi in an email. “We have consistently made clear that we will follow the facts and evidence and charge individuals accordingly. We remain confident that the U.S. District Court for Washington, DC can appropriately handle the docket related to any resulting charges.”

The Post notes that other options exist for people accused of entering the Capitol building during the riot, such as seeking deferred plea agreements, scenarios in which charges could be dropped should a person not commit any crimes for a period of time. Similar agreements have been used for people accused of jumping the White House fence in the past, reports the news agency.