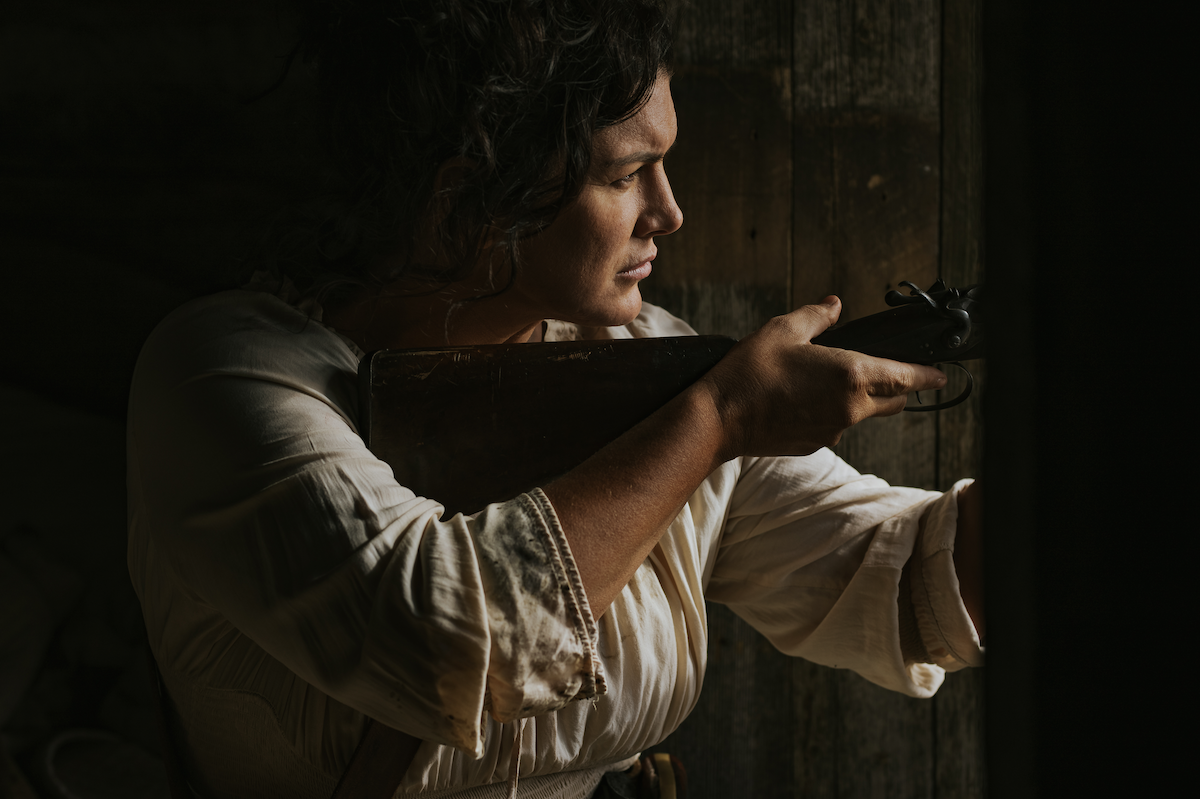 What do a recovering addict mom, a fearless pioneer, and a family of superheroes all have in common? They’re all part of the new and exciting entertainment division of The Daily Wire.

Fans were surprised to learn of not one, but two new movie releases coming soon to Daily Wire subscribers. During the premiere of the psychological thriller “Shut In,” viewers were treated to trailers for a Western drama “Terror on the Prairie” starring Gina Carano (“The Mandalorian”) and a superhero film called “The Hyperions” starring Cary Elwes (“The Princess Bride”).

“Shut In” is pulling in rave reviews from fans and critics alike. But instead of basking in the glow of praise, the entertainment team at Daily Wire is busy getting ready for the next hit. “The Hyperions” will be available to subscribers beginning March 10, 2022.

“The Hyperions” tells the story of Professor Ruckus Mandulbaum (Elwes) who invented the Titan badge device that allows humans to have superpowers.

The official synopsis for “The Hyperions” reads:

“Famous, beloved, and endowed with unique superpowers by Professor Ruckus Mandulbaum’s (Elwes) ‘Titan badges,’ the young trio of superheroes were adored and admired for their courageous, globe hopping actions. But over the years, as egos bruised and resentments developed, the professor replaced the team with newer members. Years later, two of the original teen crime-fighters want their powers restored and they’ll stop at almost nothing to get them back. The Hyperions is a fantastically fun superhero action comedy throwback.”

Other stars in “The Hyperions” include Penelope Mitchell (“Hellboy”), Tanner Buchanan (“Cobra Kai”), Elaine Tan (“Tully”), and Alphonso McAuley (“Walk of Shame”). The film was written, produced, and directed by Jon McDonald (“Muddy Corman”) under his American Millimetre banner.

“Director John McDonald is a true auteur, and ‘The Hyperions’ is one of the most original films I’ve seen,” Daily Wire co-founder and co-CEO Jeremy Boreing said of the film.

“It’s a movie about pride, family, and reconciliation – values we all share regardless of our politics. It’s a perfect movie for Daily Wire, even though I doubt anyone involved in making it listens to ‘The Ben Shapiro Show.’ I consider it a privilege to bring this film to our audience.”

Meanwhile, “Shut In” viewers were also treated to a sneak peek of Carano’s highly anticipated country Western movie “Terror on the Prairie.”

Directed by Michael Polish (“Northfork”), Terror on the Prairie tells the harrowing tale of a frontier woman on the Montana plains who is forced to fight back against a gang of vicious outlaws hellbent on revenge. The film will be released in the summer of 2022, also exclusively for Daily Wire members.

It’s the ultimate comeback vehicle for Carano, who was famously fired from Disney in February 2021.

“The Daily Wire is helping make one of my dreams — to develop and produce my own film — come true. I cried out and my prayer was answered. I am sending out a direct message of hope to everyone living in fear of cancellation by the totalitarian mob,” the actress said in a statement to The Daily Wire at the time.

“I have only just begun using my voice which is now freer than ever before, and I hope it inspires others to do the same. They can’t cancel us if we don’t let them.”

The timing of the “Terror on the Prairie” trailer couldn’t be more perfect.

“’Terror on the Prairie’ is a triumph. Gina is excellent and the film was beautifully shot by Michael Polish, who is a world-class director,” Boreing said.

“When people hear that a conservative media company has entered the film business, they’ll often assume we’re making either hyper-politicized movies or milquetoast dramas, but we have no interest in producing ‘Hillary’s Hard Drive Part III’ or ‘Christmas Romance in the Rockies.’ We’re making top-quality entertainment that all Americans can love.”