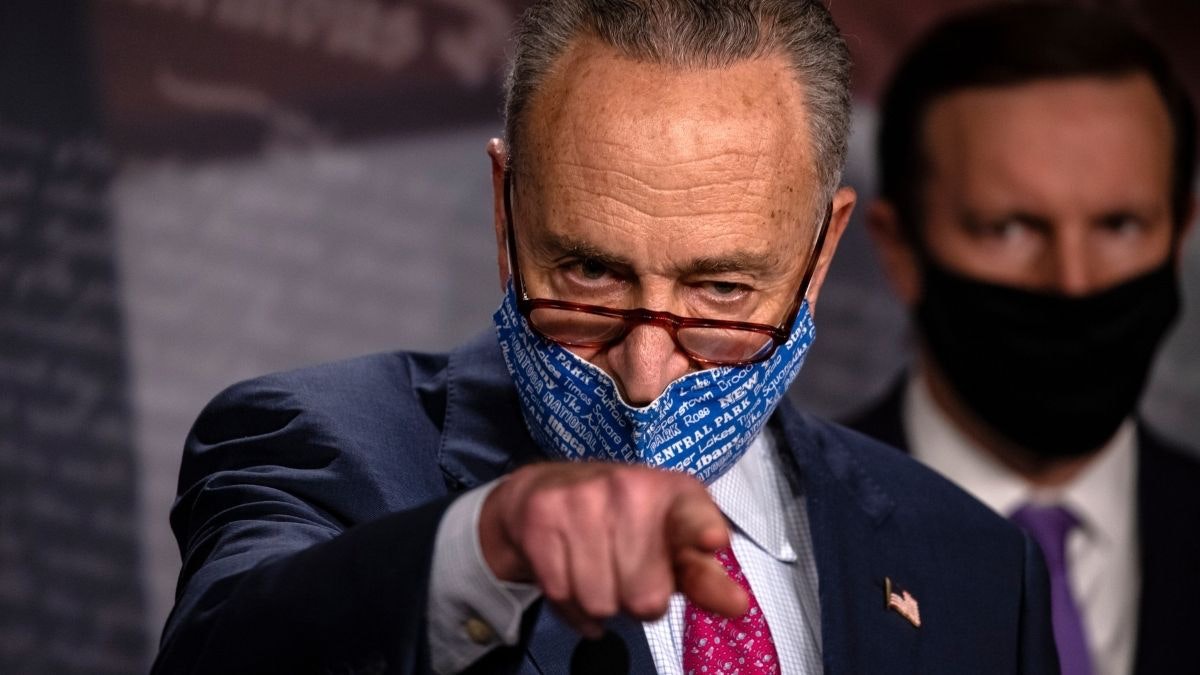 Senate Majority Leader Chuck Schumer (D-NY) released a statement on Wednesday praising outgoing Supreme Court Justice Stephen Breyer for his term on the court while also promising a “prompt hearing” and a confirmation process with “deliberate speed” for whomever Biden chooses for the High Court.

“For virtually his entire adult life, including a quarter century on the U.S. Supreme Court, Stephen Breyer has served his country with the highest possible distinction,” Schumer said via Twitter. “He is, and always has been, a model jurist. He embodies the best qualities and highest ideals of American justice: knowledge, wisdom, fairness, humility, restraint.”

“His work and his decisions as an Associate Justice on the biggest issues of our time – including voting rights, the environment, women’s reproductive freedom, and most recently, health care and the Affordable Care Act – were hugely consequential. America owes Justice Breyer an enormous debt of gratitude,” the senior senator from New York added.

Schumer stopped shy of commenting on what kind of nominee he hopes to see, as other Democratic officials have been demanding that Biden follow through on his campaign promise of selecting the first black female to serve on the court.  He did however promise that the process for his replacement would be done with appropriate quickness:

“President Biden’s nominee will receive a prompt hearing in the Senate Judiciary Committee, and will be considered and confirmed by the full United States Senate with all deliberate speed.”

President Biden’s Supreme Court nominee will receive a prompt hearing in the Senate Judiciary Committee and be considered and confirmed by the full United States Senate with all deliberate speed. pic.twitter.com/mUT8GSUHzi

The Daily Wire reported on Wednesday that the White House responded to news of Breyer’s retirement by saying they will wait for the Supreme Court justice to announce his retirement officially before commenting further on the situation:

“It has always been the decision of any Supreme Court Justice if and when they decide to retire, and how they want to announce it, and that remains the case today,” White House Press Secretary Jen Psaki Tweeted. “We have no additional details or information to share from @WhiteHouse.”

It has always been the decision of any Supreme Court Justice if and when they decide to retire, and how they want to announce it, and that remains the case today. We have no additional details or information to share from @WhiteHouse

Earlier on Wednesday, The Daily Wire reported that progressives have been advocating for Breyer to retire when appropriate so that his replacement could be determined by a Democratic president, rather than allowing a conservative nominee to tilt the balance of the court even more.

As NBC News explained, “Prof. Erwin Chemerinsky, dean of the law school at the University of California at Berkeley, wrote in a Washington Post op-ed in May urging Breyer to retire that there are times ‘when the stewards of our system must put the good of an institution they love, and of the country they love, above their own interests. They have to recognize that no one, not even a brilliant justice, is irreplaceable, and that the risks presented by remaining are more than hypothetical.’”