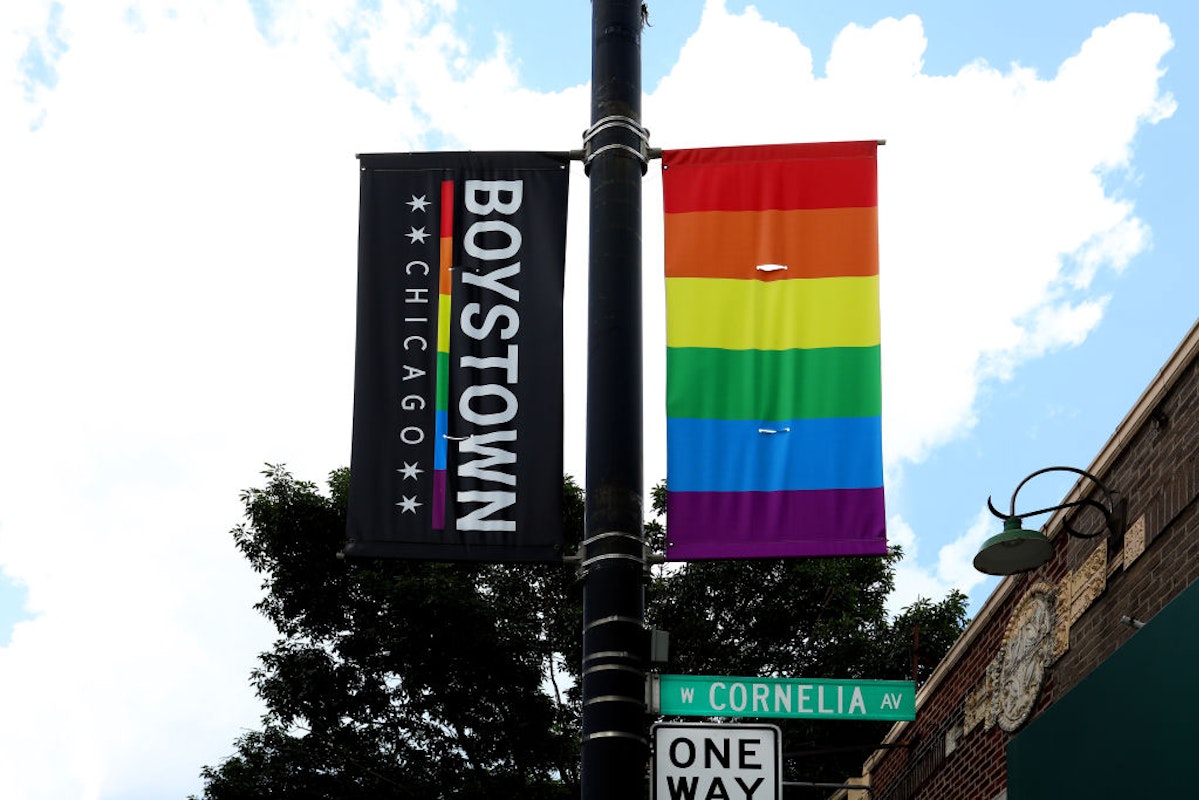 Following an “inclusivity survey,” Chicago’s historic LGBTQ neighborhood, “Boystown” will rebrand as “Northalsted” and market itself as “America’s Proudest Neighborhood” over concerns “Boystown” referenced only one gender.

“Boystown, in Lakeview, has been welcoming the LGBTQ community for three decades, but after a survey, some complained the name excluded women and gender non-binary people,” WGN News reported.

The local “business alliance” voted last week to change the name, even though 58% of residents who responded to the “inclusivity survey” said the neighborhood should remain “Boystown” despite the fact that the name represents only one gender. Only 20% of respondents said they were offended by the name because it did not include references to women or to gender non-binary individuals.

That 20% was enough to trigger a change, the business alliance, which puts on Chicago’s official Pride parade and a similar event, Northalsted Market Days (both of which take place in Boystown, though both were canceled this year because of COVID-19), said.

“In the neighborhood, banners trumpet the names and bike racks reiterate the message, letting visitors know they are in an LGBTQ-friendly neighborhood,” Chicago’s ABC affiliate noted earlier this summer. “But some neighbors say the name is unfriendly to anyone who is not a boy, and that’s why Devlyn Camp started a petition to change the name to reflect a more diverse neighborhood.”

According to the petition, posted to Change.org, Boystown’s “‘gendered nickname’ signals exclusion of lesbian, transgender, and intersex residents and visitors by perpetuating the ‘systemic transphobia, racism, and sexism that have plagued our neighborhood for decades,’” Newsweek reported.

“The ‘Boystown’ nickname began in the 1990s as a joke and it is now a marketing tool used by the Northalsted Business Alliance and perpetuates the existing social issues that deter many LGBTQ people from the neighborhood,” it continued. “As we all grow and reconsider our roles in perpetuating bigotry, we ask that this board reflect on the growing number of incidents in our LGBTQ spaces. One form of bigotry perpetuates others.”

The Change.org petition got the attention of the local business alliance who commissioned the survey.

Not everyone is thrilled with the name change. Longtime residents told Chicago’s ABC 7 that erasing the “iconic” Boystown name erases the character of the neighborhood.

“I think this is a pretty historic neighborhood, I don’t think there’s any reason to change the name,” one resident told the network.

“Northalsted is pretty generic,” noted another. “It doesn’t signify the special neighborhood that Boystown is.”

There is a second petition that begs the same business alliance to keep the “Boystown” name.

“It’s being a victim of the new change culture that has nothing to do with the fact that Boystown has always been welcoming to everyone. The struggles of the entire LGBTQ+ community is reflected in a city-backed name that has been inclusive for the entire community,” that petition reads.