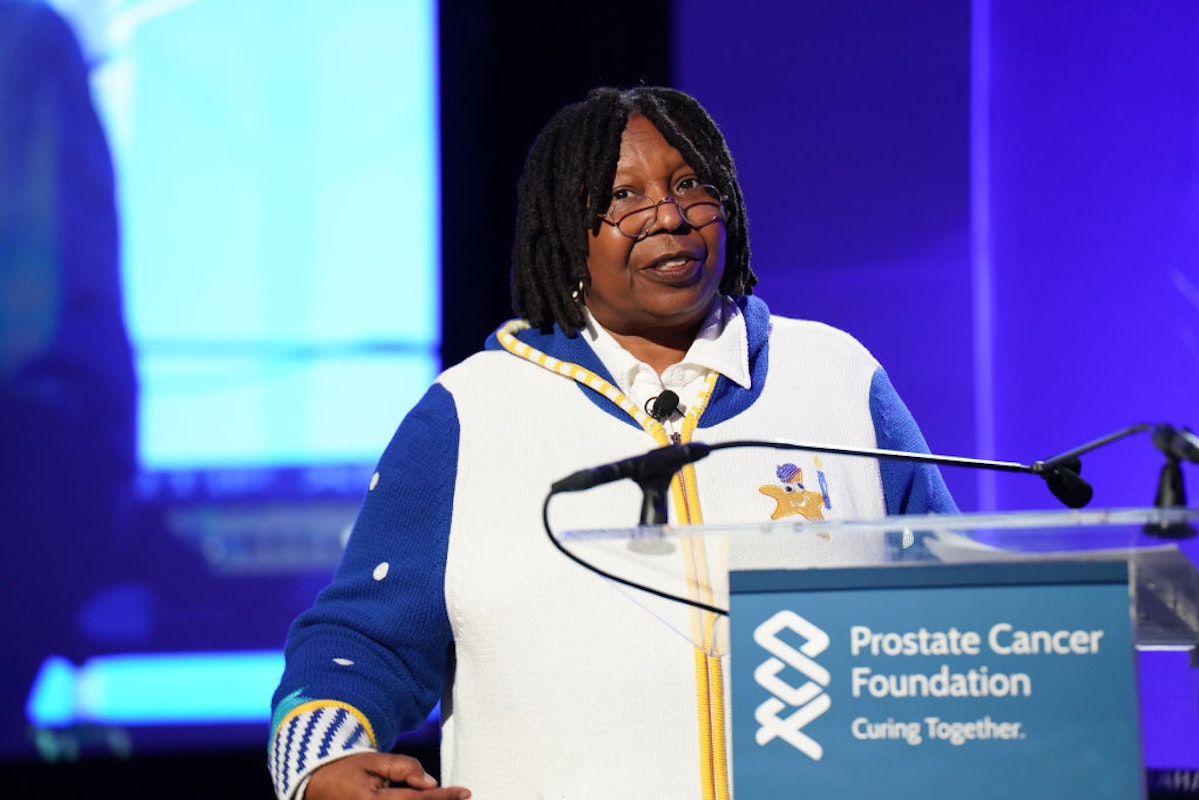 ABC News announced Tuesday evening that Whoopi Goldberg, longtime host of daytime talk show “The View,” had been suspended for comments she made about the Holocaust and race.

“Effective immediately, I am suspending Whoopi Goldberg for two weeks for her wrong and hurtful comments. While Whoopi has apologized, I’ve asked her to take time to reflect and learn about the impact of her comments. The entire ABC News organization stands in solidarity with our Jewish colleagues, friends and communities,” ABC News president Kim Godwin said in a statement.

Goldberg apologized for her remarks in a Monday evening tweet and again during Tuesday’s broadcast of the show.

Goldberg sparked the controversy during Monday’s broadcast during a discussion about the graphic novel “Maus” when she claimed that the Holocaust was “not about race,” because the Nazis and the Jews were both white. She asserted that “man’s inhumanity to man” was the real issue.

Her remarks prompted an immediate response from her cohosts — Joy Behar pointed out the fact that the Nazis had also gone after black people and had considered the Jews to be a different race, and Ana Navarro argued that the Nazis had been white supremacists who also rounded up gypsies and other groups in addition to the Jews.

Sparks fly as The View panel confronts Whoopi after she says “the Holocaust isn’t about race. No. It’s not about race.”
“Well, the considered Jews a different race,” Joy Behar says.

“But it’s about white supremacy. It’s about going after Jews and Gypsies,” Ana Navarro adds. pic.twitter.com/GZwZSi2qXi

Goldberg attempted to clear things up with a tweeted apology and an appearance with late night host Stephen Colbert, but she seemed to only dig the hole deeper.

“People were very angry, and said no, we are a race. And I understand. I felt differently. I respect everything everyone is saying to me. I don’t want to fake apologize,” she added. “I am very upset that people misunderstood what I was saying. And because of it they are saying I am anti-Semitic, and denying the Holocaust, and all these other things that would never occur to me to do.

“Have you come to understand that the Nazis saw it as race?” Colbert asked. “Asking the Nazis, they would say, ‘Yes, it’s a racial issue.’”

“This is what’s interesting to me because the Nazis lied. It wasn’t,” Goldberg said, and then attempted to split hairs by suggesting it was an ethnic issue rather than a racial one. “They — they had issues with ethnicity, not with race, because most of the Nazis were white people and most of the people they were attacking were white people. So to me, I’m thinking, how can you say it’s about race if you are fighting each other?”

Daily Wire editor emeritus Ben Shapiro called Goldberg’s remarks “not just insipid, but insidious,” adding, “Anti-Semitism, in this theory, is only present when it springs from actual white supremacists. Other acts of anti-Semitism are just a reflection of the dispossessed lashing out against those who have more institutional power,” Shapiro concluded. “The attempt to abstract the causes of the Holocaust from Jew-hatred to ‘man’s inhumanity to man’ is actually a way of obscuring and covering for anti-Semitism.”