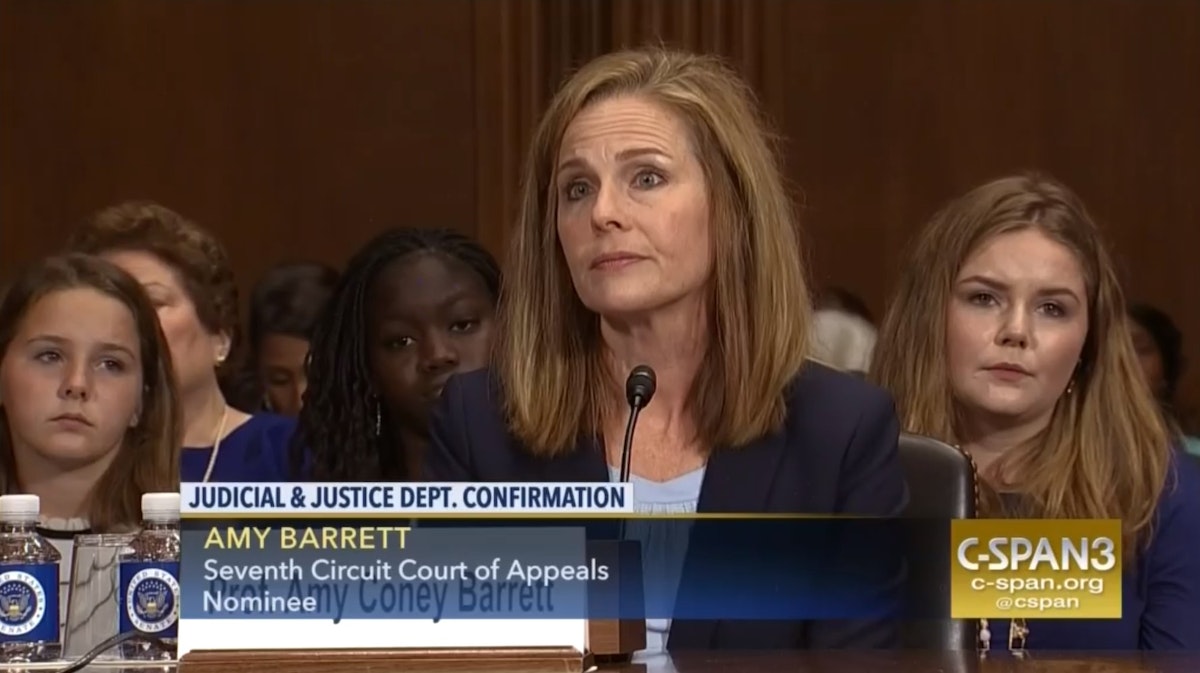 President Donald Trump met with Amy Coney Barrett on Monday and is reportedly “moving toward nominating” her to replace the Supreme Court seat vacated by Ruth Bader Ginsburg, who died last week at the age of 87.

“Trump has told allies that he thinks Barrett, 48, is a smart, hard-nosed, conservative jurist who would also come across well during televised confirmation hearings,” Bloomberg News reported. “Trump also believes Barrett won’t be wobbly on major issues for conservatives, including abortion, gun rights and health care, when they come before the court.”

Fox News, ABC News, The Washington Post, and Reuters all confirmed that Trump met with Barrett on Monday at the White House.

This is a breaking news story, refresh the page for updates.