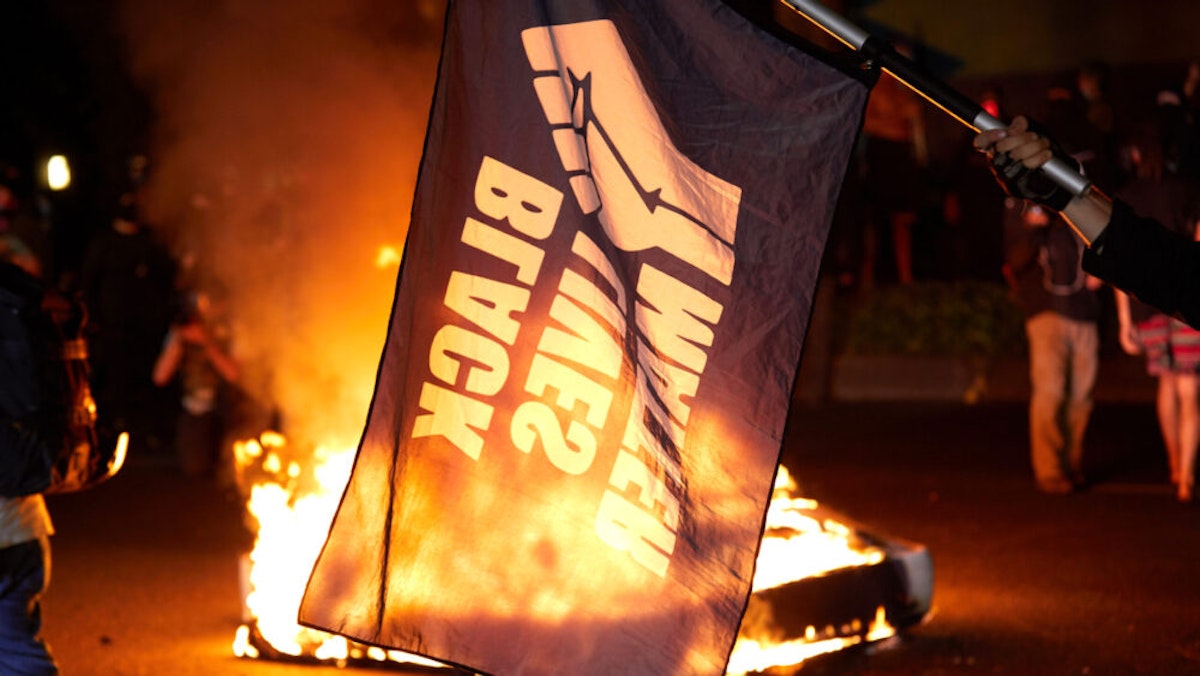 Violent anti-police rioters attacked law enforcement officials in Philadelphia on Monday night, injuring 30 officers in response to police killing a man that approached them with a knife earlier in the day.

The rioters were “throwing rocks and bricks at police” while others were engaged in “looting or vandalizing businesses,” NBC Philadelphia reported. “At least 30 police officers were hurt, police said. One was hospitalized, a 56-year-old sergeant who was struck by a pickup truck at 52nd and Walnut streets early Tuesday. Her leg was broken, among other injuries, police said.”

Journalist Andy Ngo, an expert in tracking far-left extremist groups, tweeted out a video from the violent riots, claiming that it was a Black Lives Matter riot.

“At the Philadelphia BLM riot, a cop got hit or run over by a speeding vehicle,” Ngo wrote.

At the Philadelphia BLM riot, a cop got hit or run over by a speeding vehicle. pic.twitter.com/S12XuEoNAi

This is a developing news story, refresh the page for updates.