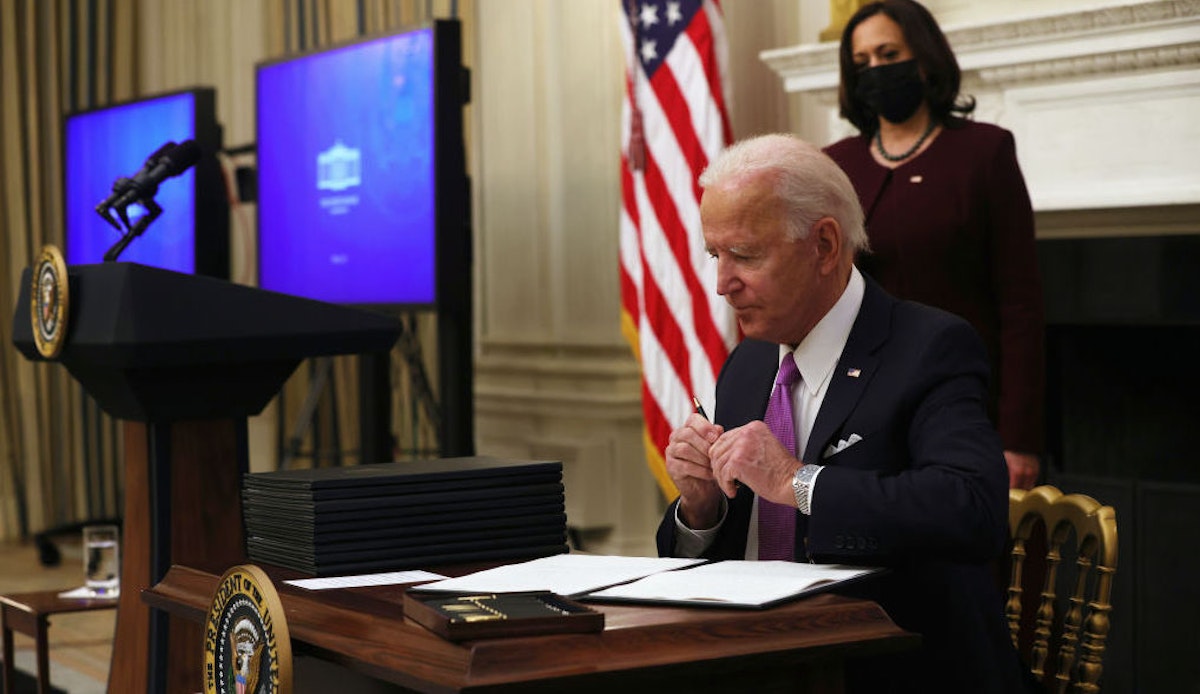 President Joe Biden issued an executive order on Thursday purportedly mandating that interstate travelers must wear face masks when using specific modes of transportation, such as airplanes or trains.

The executive order, titled Promoting COVID-19 Safety In Domestic And International Travel, calls on various cabinet agencies to use existing authority to implement the new mandate on applicable methods of public transportation, which can include at airports, on commercial aircraft, on trains, on public maritime vessels and ferries, and on intercity bus services. However, it’s not clear how the Biden administration plans to enforce the mandate.

White House Chief of Staff Ron Klain previously said in a memo that Biden would be implementing an interstate-travel mask mandate at the start of his term, in addition to requiring masks on federal property, reported the Associated Press. (Biden later addressed members of the media at the Lincoln Memorial while not wearing a mask himself). He has also called on Americans to wear masks for the next 100 days as part of a “100 Day Masking Challenge.”

According CNBC News, major U.S. airlines already require travelers to wear face masks when flying, and airports already require face masks as well. Even before Biden’s order, more than 2,500 people had already been prohibited from flying over policy violations.

Under Biden’s executive order, international travelers visiting will also be required to test negative for COVID-19 prior to departing for the U.S.

Earlier this month, then-CDC director Dr. Robert Redfield, in consultation with other agencies, made the decision to require that international travelers present proof of negative COVID-19 test results beginning on January 26, reported The Wall Street Journal. Furthermore, international travelers will also have to adhere to self-quarantine and self-isolation guidelines from the CDC under the Biden administration’s executive order.

Over the course of his first ten days in office, Biden plans to go on an executive action blitz that his office has reportedly organized thematically.

According to The Hill, Biden will dedicate his third day in office to economic relief policies and the following Monday to a “Buy America” agenda. The following Tuesday, Biden will focus on “equity”-related executive actions, then on climate the following day, and then on health care the day after that. The health care day will include rescinding the Mexico City Policy, which prevents federal tax dollars from going to non-governmental organizations abroad that promote or perform abortions. Finally, January 29 will be dedicated to immigration policies, and then the month of February will be dedicated to “Restoring America’s Place in the World.”