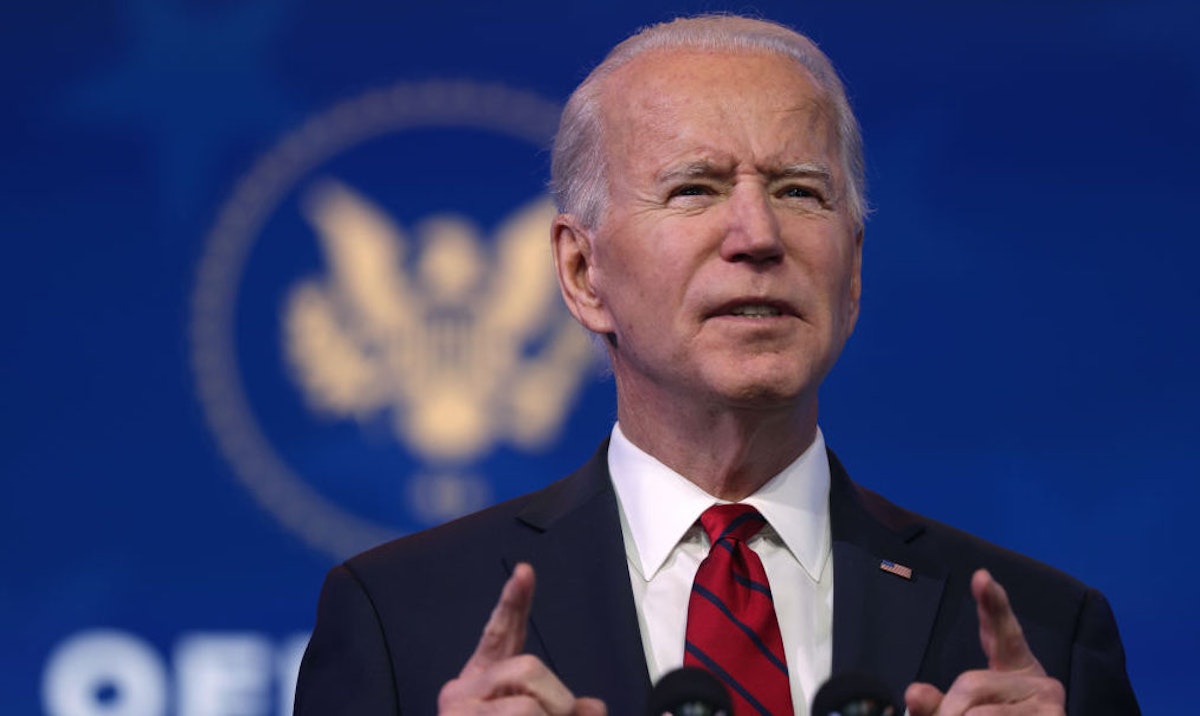 President-elect Joe Biden said his upcoming COVID-19 relief proposal will include a plan to implement a $15 minimum wage across the nation, which would more than double the current federal minimum wage of $7.25 an hour.

Biden, speaking about his proposal on Thursday, invoked the recently increased minimum wage in Florida in order to argue for a similar policy at the national level.

“People tell me that’s going to be hard to pass. Florida just passed it — as divided as that state is — they just passed it,” remarked Biden. “The rest of the country is ready to move as well. There should be a national minimum wage of $15 an hour.”

Although Florida is the eighth state to pass a $15 minimum wage, wages in the state won’t actually reach $15 an hour until 2026, the last year of a six-year incremental wage increase, according to National Public Radio.

Although Democrats have claimed they have a bold mandate in the aftermath of the 2020 general election, it’s not clear whether such a wage increase would actually pass.

Back in 2019, Senate Majority Leader Mitch McConnell (R-KY) blocked a House-passed proposal to increase the federal minimum wage to $15 an hour, saying that such an increase would “kill jobs and depress the economy” in the midst of an economic boom.

Biden would need 10 Republican votes in the Senate to pass the wage increase, according to The Washington Post. McConnell, who will no longer be majority leader following GOP losses in Georgia, hadn’t commented on the plan as of Friday afternoon.

According to CBS News, Biden’s COVID-19 relief plan, which has an estimated cost of $1.9 trillion, would also fund $1,400 stimulus checks to those who received the $600 in the last relief plan, boost child tax credits to $3,000 per child or $3,500 per child under six, and increase the unemployment benefits boost to $400 per week — up from $300 per week — until late September. The current boost expires in late March.

According to National Review, Biden’s plan would also include $400 billion for pandemic management, and $350 billion for state, local and tribal governments.

Aside from legislative policy, incoming White House Chief of Staff Ron Klain has vowed that Biden will, in his first ten days in office, take “decisive action” on four different crises affecting the country: “the COVID-19 crisis, the resulting economic crisis, the climate crisis, and a racial equity crisis.”

These actions would include reversing a travel ban on certain muslim-majority countries, rejoining the Paris Agreement, extending eviction protections, mandating masks on federal property and when traveling on buses, planes and trains between states, and extending the Trump administration’s freeze on federal student loan payments for an unspecified period of time.

The memo mentioned other pending actions, but was light on details, and said more information would become available in the following days.