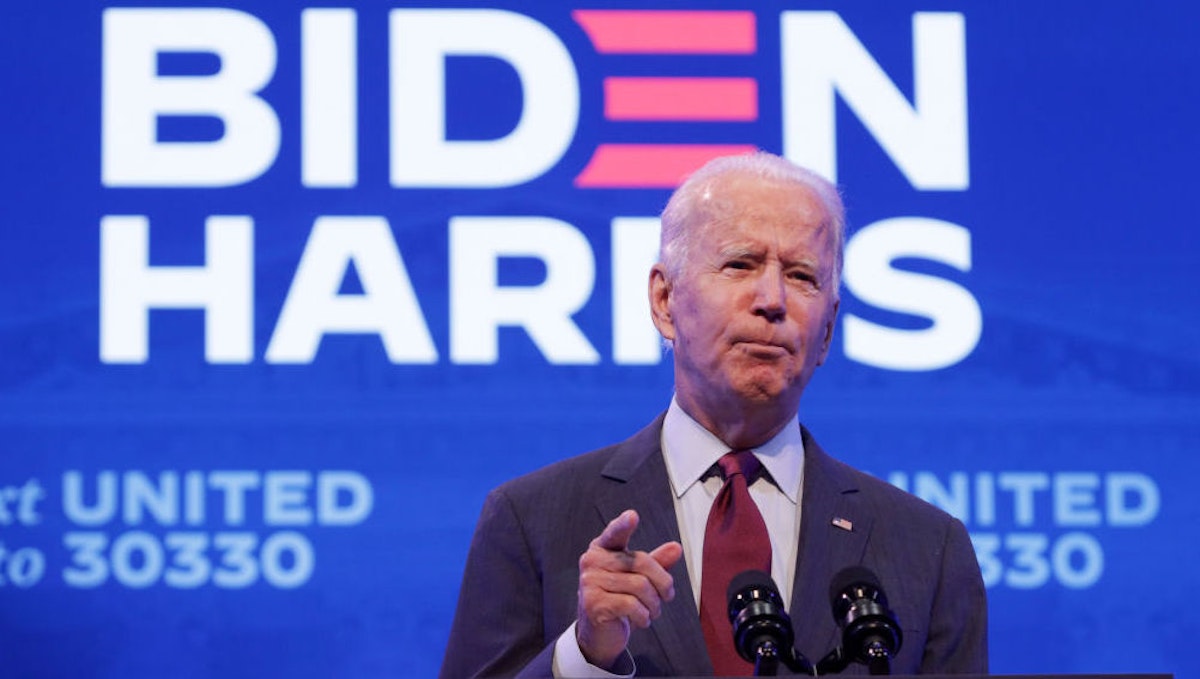 During remarks on Sunday, Democratic presidential nominee Joe Biden accused Republicans of engaging in an “abuse of power” for moving forward to fill the Supreme Court vacancy left by the late Justice Ruth Bader Ginsburg before election day, emphasizing that early voting has already started in some states.

“U.S. Constitution provides one chance—one—for the Americans to have their voices heard on who serves a lifetime appointment on the Supreme Court, who makes those big decisions about their healthcare, their civil rights, and much else,” said Biden.

“That chance is now. That moment is now. And the voters, in my view, are not gonna stand for this abuse of power. And if we’re to call ourselves a Democracy, their voices must be heard,” he added.

President Donald Trump officially nominated Seventh Circuit Court of Appeals Judge Amy Coney Barrett, 48, to the Supreme Court on Saturday, kicking off a confirmation process that is expected to continue into late October, mere days before the election.

Late last week, Senate Judiciary Committee Chairman Lindsay Graham (R-SC) said that he plans on having Barrett finished with the committee process by October 26, at which point Senate Majority Leader Mitch McConnell (R-KY) will establish how to proceed.

During his Sunday speech, and in reference to the Supreme Court vacancy, Biden called on “every senator to take a step back from the brink, take off the blinders of politics,” and “stand up to the Constitution you swore to uphold.” He also said that just because “you have the power to do something,” it “doesn’t absolve you of your responsibility to do right by the American people.”

Democrats have accused McConnell of violating the precedent he used back in 2016—when a vacancy was left on the Supreme Court by the passing of Justice Antonin Scalia—to avoid holding hearings for Obama Supreme Court nominee Merrick Garland.

“In the last midterm election before Justice Scalia’s death in 2016, Americans elected a Republican Senate majority because we pledged to check and balance the last days of a lame-duck president’s second term. We kept our promise. Since the 1880s, no Senate has confirmed an opposite-party president’s Supreme Court nominee in a presidential election year,” said McConnell in a statement earlier this month.

“By contrast, Americans reelected our majority in 2016 and expanded it in 2018 because we pledged to work with President Trump and support his agenda, particularly his outstanding appointments to the federal judiciary. Once again, we will keep our promise,” the Republican Senate majority leader added.

Should Barrett be successfully appointed to the Supreme Court, she will be the only sitting justice to not have a degree from either Harvard or Yale. She will also be nearly 35 years younger than the current oldest sitting justice, Stephen Breyer, who is 82 and has served on the court for over a quarter-century.