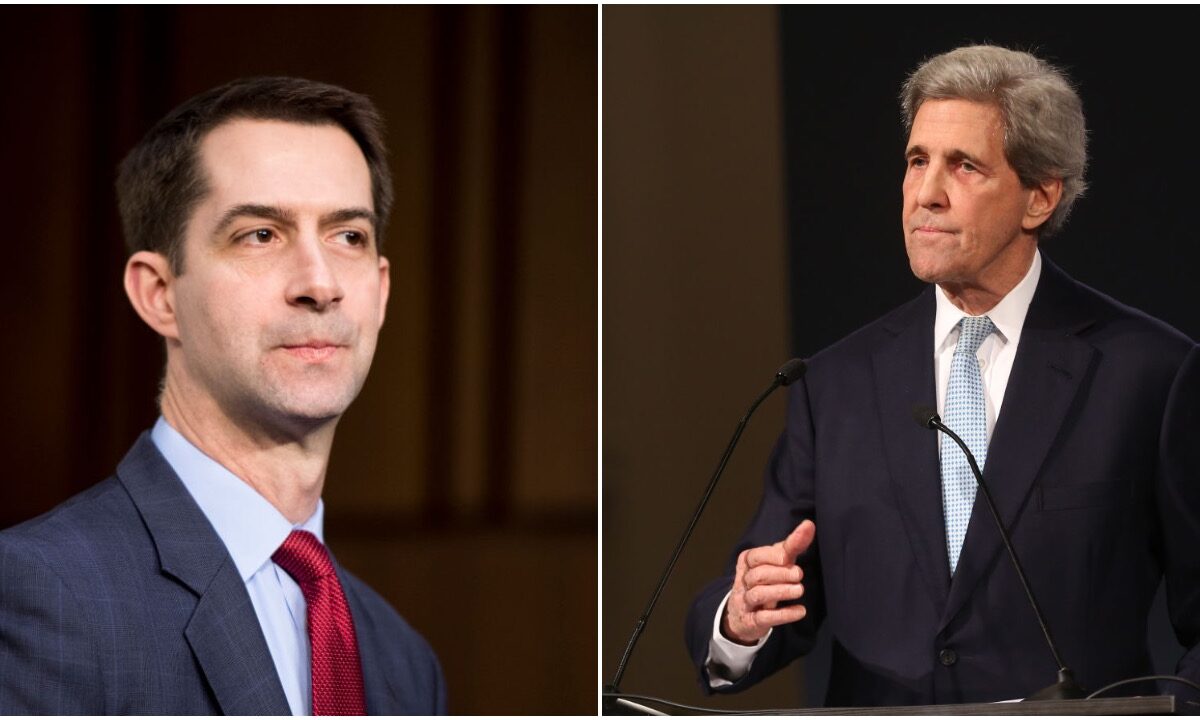 Cotton, taking note of Kerry’s penchant for spending time in Europe while pursuing policies that were deleterious for America, tweeted, “John Kerry thrilled at prospect of returning to his dream job of living in Central European luxury hotels while negotiating deals that are bad for America.”

John Kerry thrilled at prospect of returning to his dream job of living in Central European luxury hotels while negotiating deals that are bad for America.

Cotton and Kerry have been on opposite sides of whether America should support the Iran nuclear deal. Kerry, who was seemingly buddy-buddy with members of the despotic Iranian regime, revealed in December 2015 that he sent a letter to Iran reassuring his counterparts in Tehran that he could help them circumvent new visa restrictions passed by Congress.

“Instead of bending over backwards to try to placate the Iranian regime, the White House needs to be holding it accountable for its recent missile tests, its continued support for terrorism, and its wrongful imprisonment of Americans,” House Foreign Affairs Committee Chairman Ed Royce, (R-CA) told Fox News.

In the ingratiating letter to Iranian Foreign Minister Javad Zarif, affirming that the deal would go on, Kerry wrote:

I am also confident that the recent changes in visa requirements passed in Congress, which the Administration has the authority to waive, will not in any way prevent us from meeting our [nuclear deal] commitments, and that we will implement them so as not to interfere with legitimate business interests of Iran….[adhering] to the full measure of our commitments.

To this end, we have a number of potential tools available to us, including multiple entry ten-year business visas, programs for expediting business visas, and the waiver authority provided under the new legislation.

In January 2016, after Iran humiliated the U.S,  releasing several humiliating photos of ten captured American U.S. sailors, Kerry praised Iran for its “prompt” response after U.S. complaints. First, he praised Iranian Foreign Minister Mohammed Javad Zarif, gushing, “He could not have been more serious. He understood the gravity of the situation,” then praised the Iranian regime, crooning, “President Rouhani, others engaged, and within a matter of very few hours we did what could not have been done a year ago, two years ago, three years ago. We wouldn’t have known who to call three years ago. That could have become a major hostage situation. It could have been very, very dangerous, but because we have a channel of communication, because we have worked on this nuclear agreement, we were able to resolve this. That is very important.”

In May 2016, Kerry pleaded with European business leaders to engage with Iran, asserting that U.S. sanctions should not be an impediment to financial ties after the nuclear deal had been ratified.  Kerry said, “Iran has a right to the benefits of the agreement they signed up to and if people, by confusion or misinterpretation or in some cases disinformation, are being misled, it’s appropriate for us to try to clarify that.”

Cotton, an avowed opponent of the Iran nuclear deal and the Iranian regime, said in 2015, “There are nothing but hardliners in Iran. They’ve been killing Americans for 35 years. They kill hundreds of troops in Iraq. Now they control five capitals in the Middle East. There are nothing but hardliners in Tehran and if they do all those things without a nuclear weapon, imagine what they’ll do with a nuclear weapon.”