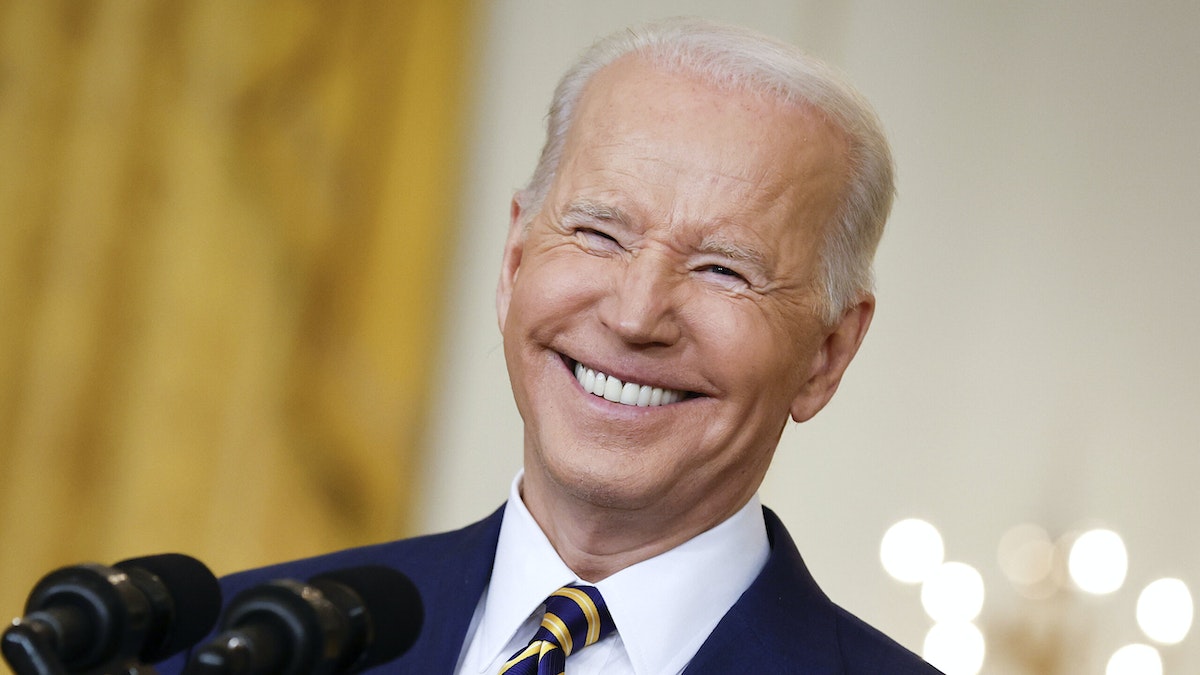 “Look, let’s take Afghanistan, I know you all would like to focus on that, which is legitimate,” Biden said. “We were spending a trillion dollars a week, I mean a billion dollars a week in Afghanistan for 20 years. Raise your hand if you think anyone was going to be able to unify Afghanistan under one single government. It’s been the graveyard of empires for a solid reason. It is not susceptible to unity, number one.”

“So, the question was, do I continue to spend that much money per week in the state of Afghanistan, knowing that the idea that being able to succeed, other than sending more body bags back home, is highly, highly unusual?” he continued. “My dad used to have an expression, he’d say, son, if everything’s equally important to you, nothing’s important to you. There is no way to get out of Afghanistan after 20 years easily. Not possible, no matter when you did it. And I make no apologies for what I did.”

“I have a great concern for the women and men who were blown up on the line at the airport by a terrorist attack against them,” Biden said. “But the military will acknowledge, and I think you will who know a lot about foreign policy, that had we stayed and I had not pulled those troops out, we would be asked to put somewhere between 20,000 and 50,000 more troops back in, because the only reason more Americans weren’t being killed than others, is because the last president signed an agreement to get out by May the first, and so everything was copacetic.”

Biden when asked about his DISASTROUS withdrawal from Afghanistan that lead to the death of 13 American Heroes:

“I make no apologies for what I did.” pic.twitter.com/GtEKPJR6o3