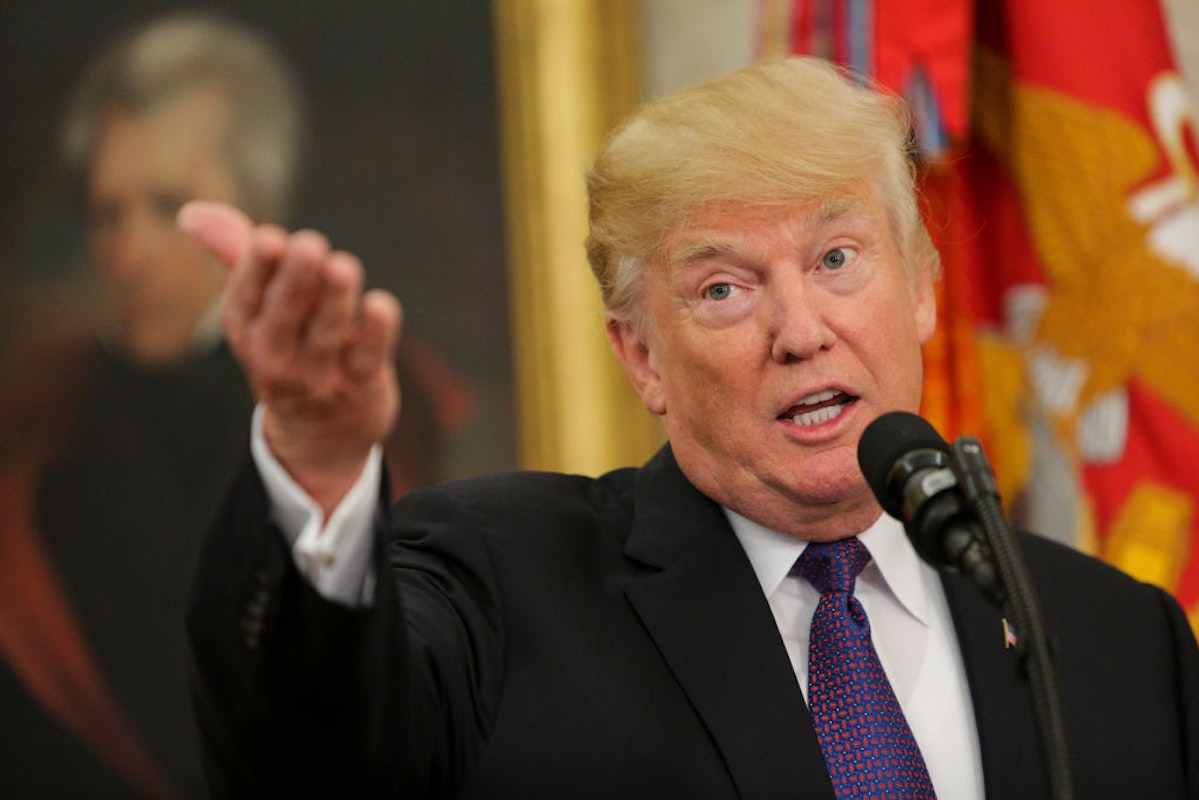 President Joe Biden removed a portrait of former President Andrew Jackson from the Oval Office as part of his White House redecoration.

Biden replaced the painting of the seventh president, with whom former President Donald Trump often identified because of his populist platform, with a portrait of Benjamin Franklin.

andrew jackson has been replaced with ben franklin pic.twitter.com/nJaVzgnAqe

A few months after becoming president, Trump visited The Hermitage, Jackson’s homestead in Nashville, Tennessee, where he laid a wreath at his predecessor’s tomb and honored his legacy with a speech.

Andrew Jackson: We thank you for your service. We honor your memory. We build on your legacy & we thank God for the USA! pic.twitter.com/LcEEBxf9gI

With Donald Trump’s rise to power as America’s 45th President, those in search of an illuminating analogy have frequently cited the example of the seventh. Steve Bannon, now Trump’s senior White House strategist, has made this explicit, arguing that the Trump revolution is akin to Jackson’s populist insurgency in the 1820s and ’30s. There are, of course, surface similarities. Both movements gained popularity based on freeing the country from established, ossified interests with a promise to return the nation to greatness (in Trump’s formulation) or to Jeffersonian republican simplicity (in Jackson’s). Both startled the existing order (the Clintons and the mainstream media in Trump’s case; John Quincy Adams and Henry Clay in Jackson’s). And both had powerful personalities at the head of the ticket.

Historians often give Jackson a cool-eyed view despite his accomplishments because of his role in the Trail of Tears and the forcible removal of Native Americans from their land.

Jackson even played a role in the unrest that afflicted Washington, D.C., and other cities in the wake of George Floyd’s death last summer. Rioters attempted to topple a statue of Jackson in Lafayette Park, just across from the White House.

Rioters in Washington, D.C., tried to tear down a statue of former President Andrew Jackson near the White House on Monday while others set up a new “autonomous zone” nearby.

The attack on the Jackson statue comes after rioters have destroyed other presidential statues including statues of George Washington, Thomas Jefferson, and Ulysses S. Grant. On Sunday, the American Museum of Natural History in New York City announced that they were removing a statue of Theodore Roosevelt.

Rioters are pulling down the statue of Andrew Jackson in Lafayette Square in DC.

After the demonstrators failed, the park was shut down, blocked off, and became the infamous scene of a controversial photo op in which Trump walked through the park to St. John’s Church to hold a Bible.

A quick redesign of the Oval Office for President Biden:

– Busts of MLK and RFK flank a fireplace in the office.
– Large portrait of FDR
– Paintings of Jefferson and Hamilton
– Clinton’s draps and blue rug @AnnieLinskey with the details:https://t.co/ipK3g5OtDZ pic.twitter.com/1NzNhFHWyE

Among other additions Biden made to the Oval Office decor include busts of Martin Luther King Jr. and Robert F. Kennedy; portraits of Alexander Hamilton as well as former Presidents George Washington, Thomas Jefferson, Abraham Lincoln, and Franklin D. Roosevelt; and, behind the Resolute Desk, a bust of Cesar Chavez features prominently among pictures of his family.