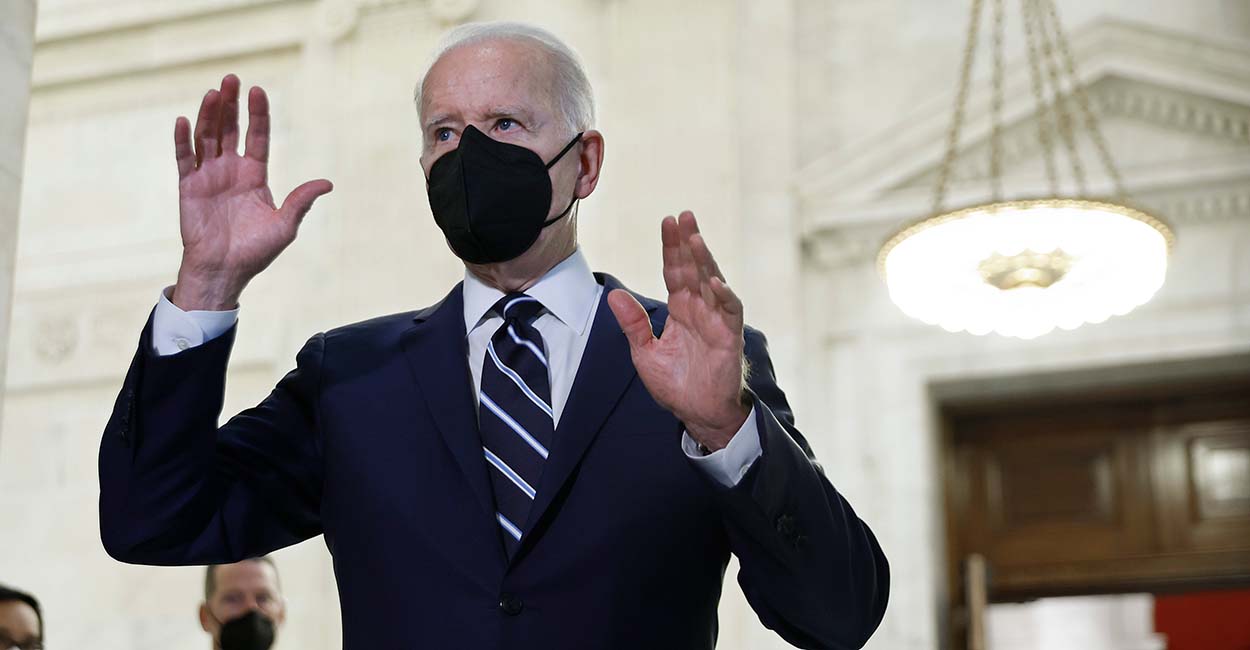 In simple terms, a Senate filibuster is a procedural tool that opponents of a proposed legislation can use to prolong debate on a bill by indefinitely holding the floor of the Senate. As a result, the bill would be unable to be brought to a vote at any point until the filibuster ends.

It is currently possible to end a filibuster in the Senate by obtaining the support of three-fifths of all senators—60 senators out of 100. This is a rule that has been in effect for more than 100 years. However, despite this long-standing rule, Democrats are once again seeking to alter the rules in their favor by amending the filibuster rules to only require 50 out of 100 senators to end it. What’s worse, the proposed change would supposedly only apply to two pieces of legislation.

This effort to rewrite the rules in the short term will indeed backfire in the long term. A prominent example occurred when Democrats invoked the “nuclear option” to require just a simple majority vote to end the filibuster on judicial candidates other than for the Supreme Court in 2013.

This was a political turning point. Republicans, miffed at this action by the Democrats, utilized the nuclear option in 2017 to confirm Supreme Court nominees with a simple majority. For as much as Democrats protested during the three Supreme Court nominees that former President Donald Trump was successful in securing, it was precisely because of their prior actions that the Republicans felt justified in resorting to using the nuclear option in the first place.

And now we’re back where we began. Biden and several Democratic senators are once again advocating for another, though short-term, nuclear option in order to serve their short-term objectives, which seems to be indicative of their short-term mentality.

There are several dangers associated with this sort of action: It creates a political game of tit for tat, which will eventually result in both sides getting the short end of the stick. After all, if the Democrats can change the filibuster for just two bills, what is to prevent the Republicans from doing the same when they are able to do so? Will Democrats cry foul when Republicans inevitably do the same thing? Probably.

The issue that remains in relation to this proposed change is, why now? It’s hard to understand why the Democrats would shift their focus from a major infrastructure package that they considered a “must pass” to modifying an inner-chamber rule that most people aren’t even aware of.

For such a consequential change to the Senate rules, it is odd that it would be used on a bill that the average American likely is not immediately concerned about. Currently, Americans are confronted with a slew of issues that have a direct impact on their daily lives, including increased difficulty in putting food on the table as a result of high inflation, difficulty in purchasing essential items due to empty grocery stores as a result of supply chain issues, and increased difficulty in filling their cars with gas without burning through their paychecks as a result of soaring gas prices due to the Biden administration’s weak foreign-policy stances.

Despite the average American being unaware and unconcerned about the filibuster or the voting rights issue, it is clear that Democrats are attempting to utilize a common strategy of theirs. Democrats seem to use this strategy on the majority of their extremely contentious legislation, in which they wrap one problem in the blanket of another wholly unrelated subject in order to portray the dissimilar issue as being linked to the other issue.

Consequently, Democrats can now preach to their supporters about how using a short-term nuclear option on the filibuster, which has absolutely nothing to do with voting rights, is critical to the preservation of voting rights for all citizens in this country. For the time being, the two arguments will remain intertwined because of this.

Oddly enough, then-candidate Biden was the single voice of reason when his own party pressed him on the campaign road about the filibuster issue. Yet, for seemingly no good reason, he is suddenly folding like a cheap lawn chair. What would be the justification for him to act in this manner? He doesn’t have the votes to begin with, so what is he hoping to gain from this political maneuver?

The reason for Biden’s shift in position on the filibuster is unclear at this point. However, one thing is certain: This was a poorly thought out and unnecessary decision that will not benefit him or his party. And if this goal is accomplished, it will inevitably backfire, as these sorts of shortsighted and rash decisions always do.

Have an opinion about this article? To sound off, please email [email protected] and we’ll consider publishing your edited remarks in our regular “We Hear You” feature. Remember to include the url or headline of the article plus your name and town and/or state.