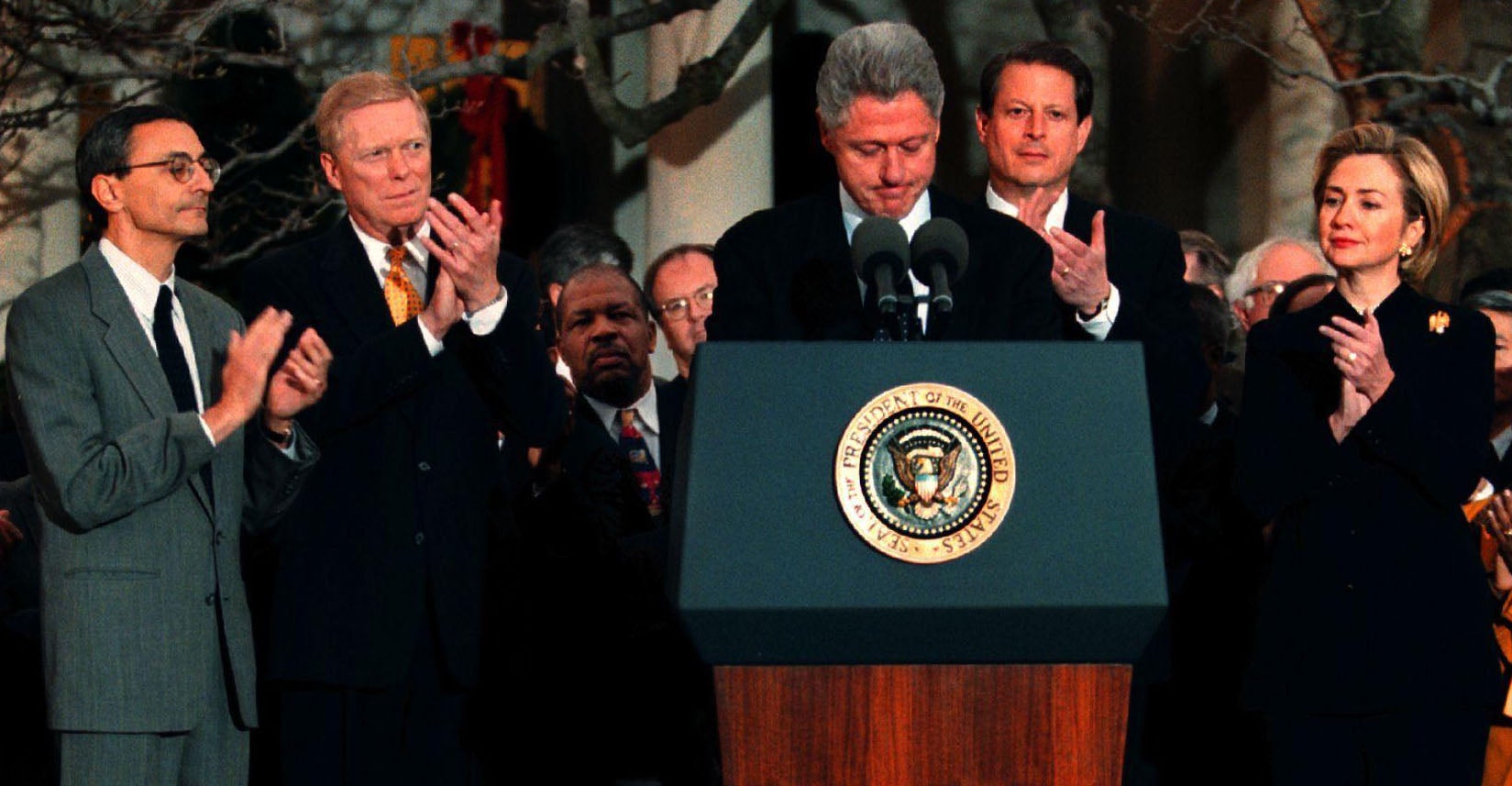 Last year’s impeachment of President Donald Trump was an aberration from past historical impeachments in one major respect, but it fit perfectly in another respect.

Unlike the Trump impeachment, the previous two presidential impeachments and one near-impeachment involved allegations of actual crimes.

However, what all impeachments had in common is they occurred when the United States was experiencing a culture war of sorts, as I explain in my new book “Abuse of Power: Inside the Three-Year Campaign to Impeach Donald Trump.” What follows are adapted excerpts from the book.

The impeachment inquiry to model was that of Richard Nixon, mainly because it was successful (in driving him from office before even a final House vote), but also because it was bipartisan.

Tapes showed that, at a minimum, Nixon was aware of a vast criminal cover-up by White House officials to interfere with an FBI investigation of the Watergate scandal.

It was enough that Arizona’s Barry Goldwater and other Republican senators told Nixon he wouldn’t have their support in a Senate trial. Nixon resigned after the House Judiciary Committee passed articles of impeachment, but before the full House voted.

What Nixon had going for him was that his conduct wasn’t so different from what we later learned of John F. Kennedy, Lyndon Johnson, and Franklin Roosevelt. But being the guy who got caught shouldn’t be an excuse from accountability.

The Trump impeachment most closely resembles the impeachment of President Andrew Johnson—largely because it was based heavily on policy disagreements.

After the Civil War, Republicans held both the presidency and a supermajority in Congress. President Abraham Lincoln—in his worst decision—tapped Johnson, a Tennessee Democrat and Union loyalist, to be his vice president in his 1864 reelection campaign.

Johnson turned out to be a horrible president and a racist, even by the standards of those days. He was showing leniency to the defeated South, which Lincoln would have done had he lived. But he also blocked civil rights and voting rights measures for freed slaves, which Lincoln wouldn’t have done.

Republicans wanted to impeach Johnson, but they needed a pretext. So, they overrode Johnson’s veto to pass the Tenure of Office Act to require Senate approval to fire any Senate-confirmed federal official.

It was an impeachment trap, and Johnson willingly walked into it by firing Secretary of War Edwin Stanton. The Republicans impeached him. But Johnson survived in the Senate trial, with one vote short of the required two-thirds to remove.

Today, most historians view the Johnson impeachment as a discredited affair, since the Supreme Court later found the Tenure of Office Act to be unconstitutional in the 1926 case of Myers v. United States.

Arguably, both the Bill Clinton and Donald Trump impeachments had more to do with a partisan desire to punish a president than to protect the country from wrongdoing.

A major difference is that the Clinton offense was an identifiable felony, and the 42nd president paid a price beyond the legacy of impeachment.

Clinton was found in civil contempt of a federal court, paid a $90,000 fine, and was made to surrender his law license as part of a deal with the independent counsel, Robert Ray, in which he admitted to making misleading statements under oath.

Also, in light of the recent #MeToo movement, several commentators and left-leaning media outlets began to reconsider the Clinton impeachment, as the power disparity between a president and an intern was vast, even if the relationship was consensual.

Each presidential impeachment took place in the midst of a culture war of sorts.

The Johnson impeachment occurred during post-Civil War Reconstruction. The impeachment process for Nixon, a Republican, came during the antiwar movement and the emergence of the New Left.

Clinton, a Democrat, was the first baby boomer president who came from that antiwar generation.

Just as today, where Trump’s critics see him as too indecent and unsophisticated to be president, many on the right could not believe Clinton, someone they viewed as a draft-dodging, pot-smoking, womanizing, scandal-plagued reprobate who had beaten a president with impeccable character and war hero status: George H.W. Bush.

Where the Trump impeachment stands alone is that the previous three presidential impeachment inquiries were all based on actual alleged violations of the law.

Further, all eight federal judges removed by the U.S. Senate were impeached for allegedly breaking the law.

Ford’s famous words from that effort were repeated during the Trump impeachment process:

An impeachable offense is whatever a majority of the House of Representatives considers it to be at a given moment in history.
Conviction results from whatever offense or offenses two-thirds of the other body considers to be sufficiently serious to require removal of the accused from office.

Ford—a president-to-be, who with some irony in 1974 ascended to the office upon Nixon’s resignation—was a man of great decency and moral character. But he was simply wrong on this account.

Such words taken literally would mean that if a House could muster a majority, it could impeach a president over not just political differences, but for a president’s religious beliefs or race.

That would be totally outside the spirit of their constitutional oath.

The Whig majority in Congress wanted to impeach President John Tyler and accused him of starting an illegal investigation, withholding information from government agents, withholding actions necessary to “the just operation of government,” and “shameless duplicity, equivocation, and falsehood.”

Republicans pushed an impeachment investigation of President Grover Cleveland, a Democrat, claiming he was guilty of high crimes and misdemeanors for misusing the appointment power.

Some Republicans tried to impeach President Harry Truman, a Democrat, accusing him of “attempting to disgrace the Congress of the United States,” “repeatedly withholding information from Congress,” and “making reckless and inaccurate public statements, which jeopardized the good name, peace, and security of the United States.”

Remember those impeachments? No. Because they didn’t happen.

Leadership is not only about being the loyal opposition and fighting the good fight. It’s also about walking your party hard-liners back from the precipice.

The Constitution makes impeachment relatively easy and removal very difficult. Still, the House has seldom pulled the trigger, despite requiring no more than a simple majority vote.

Normalizing House impeachment as some type of supercensure likely will have the effect of desensitizing the public to a legitimately impeachable offense—such as actual high crimes by a future president.