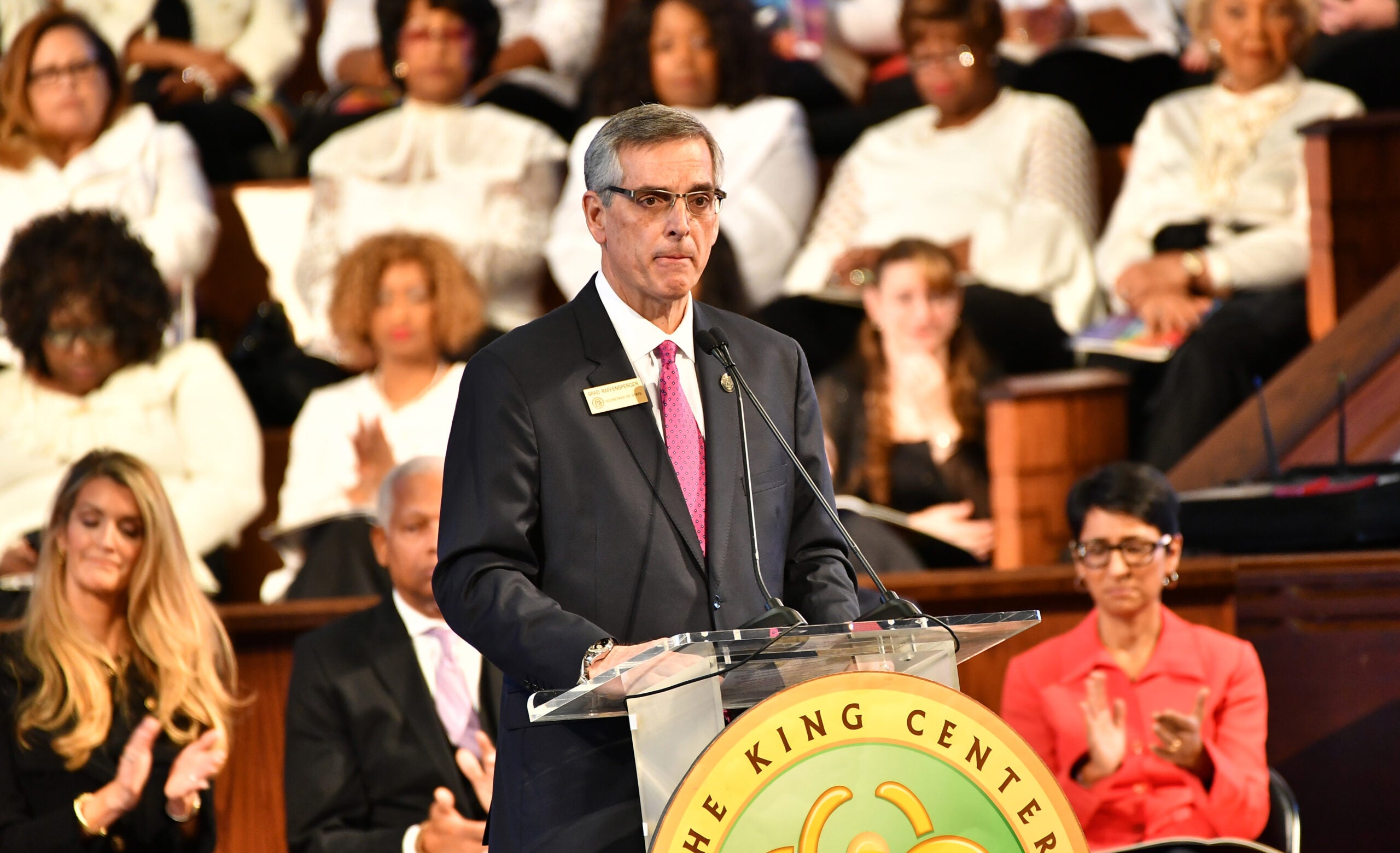 As Georgia conducts a recount of its presidential vote that has become the focus of national attention, Secretary of State Brad Raffensperger—Georgia’s elections official in charge of certifying the hotly contested results—has come under increased scrutiny and criticism.

Here are four things to know about Raffensperger:

Raffensperger’s office also maintains the state’s public voting records, including records of past and current elections, voter registration data, and voter history files. He is in charge of certifying the results of the general election as well as of the state’s party primaries.

2. He served two terms in the Georgia General Assembly.

Raffensperger, a certified professional engineer who owns a specialty contracting and engineering design firm and two specialty steel manufacturing plants, represented District 50 in the Georgia House of Representatives from 2015 to 2019.

During his time in the Georgia House of Representatives, he supported strengthening voter ID laws and improving paper ballot verification.

“Only legal American citizens should be allowed to vote,” he wrote on his 2018 campaign website.

3. He’s been criticized by fellow Republicans.

In response to a tweet by President Donald Trump alleging election fraud with mail-in ballots in Georgia, Raffensperger defended his handling of the election process, claiming that Georgia strengthened absentee ballot signature matching in 2020 and outlawed ballot harvesting in 2019 under his leadership.

Raffensperger’s role as the top elections official in a hotly disputed battleground state has made him the target of attacks from within his own party. Sens. Kelly Loeffler and David Perdue of Georgia—both of them fellow Republicans—have accused Raffensperger of election “mismanagement and lack of transparency” and demanded his resignation.

In response to Loeffler and Perdue’s calls for his resignation on Nov. 9, Raffensperger defended the integrity of Georgia’s election process, adding that the state is recognized as a “national leader” when it comes to elections.

[Georgia] was the first state in the country to implement the trifecta of automatic voter registration, at least 16 days of early voting (which has been called the ‘gold standard’), and no-excuse absentee voting.

Georgia continues to set records for voter turnout and election participation, seeing the largest increase in average turnout of any other state in the 2018 midterm election and record primary turnout in 2020, with over 1.1 million absentee by mail voters and over 1.2 million in-person voters utilizing Georgia’s new, secure, paper-ballot voting system.

He emphatically rejected calls for his resignation.

4. He authorized a hand recount of Georgia’s ballots.

In the highly contested presidential race for Georgia’s 16 electoral votes, former Vice President Joe Biden apparently prevailed over Trump by an exceedingly narrow margin of just over 14,000 votes. That’s about 0.3% out of nearly 5 million votes cast.

Since the margin fell below the 0.5% threshold for initiating a recount in Georgia, state law allows for a candidate to request one. The Trump team requested a hand recount on Nov. 10, which was approved by Raffensperger the next day.

“This will help build confidence. It will be an audit, a recount, and a recanvass all at once,” Raffensperger explained in an interview with ABC News. “It will be a heavy lift, but we will work with the counties to get this done in time for our state certification.”

“It’ll be a methodical process, and it will be an accurate process, and I’m sure that there will be plenty of oversight. We want to make sure that both parties have the opportunity to observe this, because we understand the stakes are high,” he said.