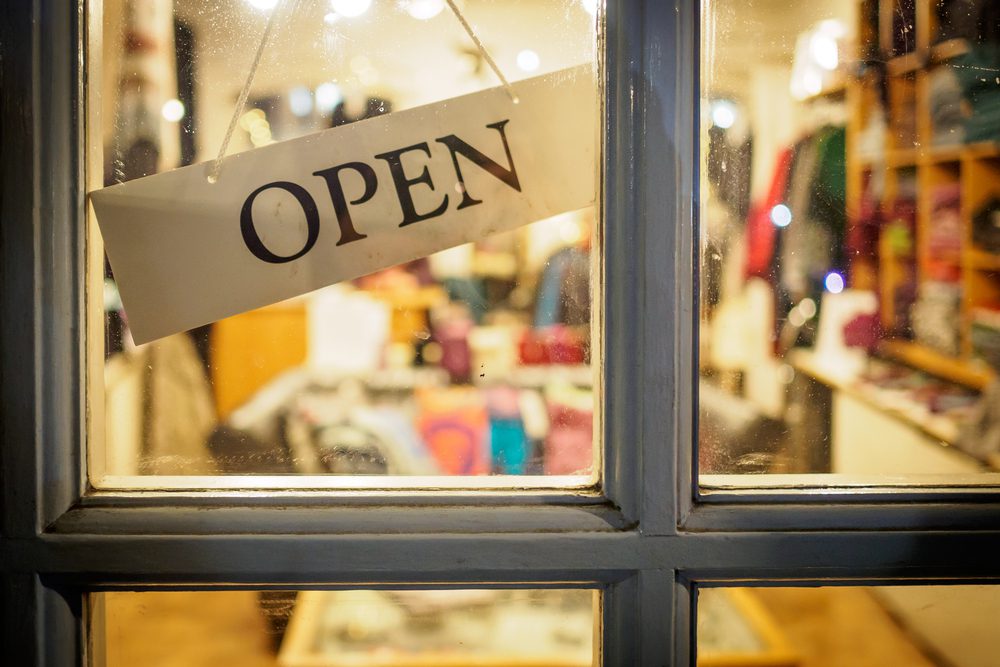 Forget NPR’s ridiculous winks at looting: true independence can be found in owning a small shop or company.

It’s been a brutal year for locally owned shops and restaurants. The COVID-19 outbreak and the accompanying lockdowns shuttered storefronts and exiled customers. Pandemic relief efforts aimed at small businesses were ruthlessly exploited by big corporations. According to the New York Times, a third of New York City’s locally owned businesses may never reopen after quarantine is lifted.

Then came the riots. From Minneapolis to Portland to Kenosha, small business owners have borne the brunt of recent disorders. According to a lawsuit, armed vigilantes in the short-lived Seattle autonomous zone threatened local shop owners. Tearful day-after videos from dispossessed restaurateurs and clips of violent confrontations between shopkeepers and looters routinely circulate on social media. Many independent stores will never reopen. Target has the financial and logistical wherewithal to rebuild, but your local bakery or takeout place may not be so lucky.

Media coverage of small business losses has been largely unsympathetic. CNN chyrons characterize violent protests as “mostly peaceful.” Property damage, even the wholesale destruction of shops and restaurants, is disparaged as trivial compared to police killings (never mind the fact that property destruction and violence go hand in hand). National Public Radio recently published a credulous interview with the author of In Defense of Looting, who seems to think that vandals carefully distinguish between independently owned shops and national chains when running riot through a neighborhood.

This barely concealed disdain for small businesses has deep roots among the intelligentsia. Start-up entrepreneurs and titans of industry are relentlessly celebrated by the American Right, but shopkeepers and small business owners are notably lacking in sex appeal. And despite their precarious existence, this group also lacks the left-wing street cred of the working class. As the idiosyncratic academic James C. Scott writes in Two Cheers for Anarchism, the petit bourgeoisie have long been despised by Marxists as unreliable allies of the proletariat. They are also disfavored by the state. Scott notes that small property owners are more agile than big businesses, and thus more likely to evade extractive agencies. One more reason why both the left and the right prefer Jeff Bezos or Elon Musk to the little shop around the corner.

There is, however, a strong case for defending small businesses on the grounds of autonomy and human flourishing. Scott writes from an anarchist perspective, but his view of the much-maligned petit bourgeoisie is about as far as you can get from the self-described anarchists of Antifa. Owning a small shop or restaurant, writes Scott, is a zone of personal autonomy in a world dominated by large institutions. For many, the chance to set your own hours and be your own boss is considerably more attractive than taking orders from a manager. Indeed, the idea is so attractive that smallholders and business owners often cling to independence in the face of financial hardship.

Thriving small businesses also provide benefits that are almost impossible to quantify in purely economic terms. A locally owned coffee shop, bakery, or restaurant knits a community together by providing space for casual human interaction that is too often lost at a big box store, with its high employee turnover and single-minded focus on efficiency. Drawing on the work of urban theorist Jane Jacobs, Scott also notes that small businesses help keep neighborhoods safe by attracting foot traffic and providing “eyes on the street” to informally monitor public spaces. In Eastern Europe, people joke that nosy grandmothers peering out from balconies are the local equivalent of closed circuit TV surveillance. Beneath the humor lies an important insight into the nature of urban society.

This last point raises a worrying possibility about the future of American cities. As crime spikes and shop fronts are boarded up, the decline of small business may drive a continuing spiral of lawlessness and disorder. Fewer shops mean less foot traffic and fewer “eyes on the street” to monitor public safety. As disorder spreads and neighborhoods are progressively deserted, more small businesses will permanently close or relocate. Shop and restaurant closures may do as much damage to public safety as cuts in police funding.

The lack of sympathy for independent owners is particularly strange given the near-universal appreciation for the aesthetic benefits of a thriving small business community. Before the riots, cultural tastemakers conspicuously celebrated neighborhood restaurants, locally sourced produce, and independent bookstores. The economic impact of lockdowns provoked an outpouring of sympathy and financial support for struggling restaurateurs. In the wake of the riots, however, condemnations of looting and arson have been strangely muted.

As consumers, it’s easy to appreciate the atmospheric benefits of locally owned shops and restaurants, but we are increasingly detached from the day-to-day realities of small business ownership. From academia to multinational corporations to the administrative state, consolidation, bureaucracy, and bigness are the order of the day. Even before the riots, entrepreneurship and small business creation was on the decline. “At least they have insurance,” a common response to property damage from the online left, is only persuasive if you’ve never actually wrangled with an insurance company.

The institutional convergence of big business, academia, and government has created a culture inimical to the character of the independent business owner. This is a troubling development. As Scott writes, citizens in Western democracies experience “a relatively open public sphere but a quotidian institutional experience that is…encouraging and often rewarding caution, deference, servility, and conformity.” HR workshops, corporate sensitivity seminars, and monthly performance reviews are unlikely to produce bold and independent thinkers.

In short, the norms of obedience bred by our most important institutions are at odds with the habits of self-reliance vital to our democracy, habits that are also instilled by small business ownership. Thomas Jefferson believed that a society of independent farmers was best for the preservation of republican virtue. “[A]lthough [small business owners] might not quite measure up to the Jeffersonian democratic ideal of the self-confident, independent, land-owning yeoman farmer,” writes Scott, “they approach it far more closely than the clerk at Wal-Mart or Home Depot.” Or, for that matter, the federal subcontractor, the harried adjunct professor, the mid-level corporate manager. These hidden cultural costs to a declining small business sector are worth considering the next time NPR wishes to entertain the benefits of looting.

Will Collins is an English teacher who lives and works in Eger, Hungary.